It started as an online almanac, but in 2015, it has become so much more than that. Almanapp, a cell phone application, is used as a means of communication by more than 40 associations throughout the country. Vindicat members Bas Krijgsman (24) and Djurre de Boer (25), Albertus member Tom van der Laan (23), and non-association member Mark Gertsen lead the company.
By Koen Marée / Translation by Sarah van Steenderen

Djurre de Boer and Bas Krijgsman are enthusiastic as they pull up a chair to the table. A few days ago the pair, together with the other two managers, were in Ireland attending the Web Summit in Dublin. ‘It is Europe’s largest internet event. We spoke to entrepreneurs from a lot of different countries to ask how Almanapp would work there. Halfway through the summit we already had so many ideas that we just wanted to go home to implement them all’, de Boer laughs.

The start-up has its offices at the Mediacentrale, right next to the Euroborg stadium. In addition to the four-man management team, the company, which was founded in 2012, employs twelve people: two fulltime employees, six part-time employees and four interns. When the application was created in 2010, nobody was expecting this. ‘We were on Vindicat’s IT committee and together with the Almanac committee, we set up the first version’, says Krijgsman. ‘The idea was quite simple: to be able to look up members’ contact information along with some extra information. A fun app, but it looked like crap.’

The following year, the app was expanded with new features and in 2012, the guys decided to start a company. Vindicat became their first customer, and Albertus their second. ‘And now we’ve gone national’, the guys say proudly. Krijgsman adds, ‘The app has really taken on a communicative function within associations. Everyone can find everything with just three clicks.’

‘You can’t do any random drinking any more’
There are numerous functions. ‘The board can also send push notifications. That saves money, too; sending 1,500 members an SMS will cost you 150 euros, for example. This is free. Moreover, you can check your beer tab and add money to your beer card.’ The app also has less useful, but no less fun, elements. ‘We also have ‘Guess the member’: a random photo with four names appears, and then people have to guess who it is. And there is also a ‘Like’ button and a ‘Have a beer’ button.’

‘Each association can decide which functions they want to use, of course’, de Boer says. Krijgsman says, ‘The associations pay a fixed amount a year, and there are no further set-up costs. The advertising system allows people to earn this money back, or even make a profit. For example, during the annual Kermesse, Vindicat makes good deals with party stores and uses the app to send a discount code.’ 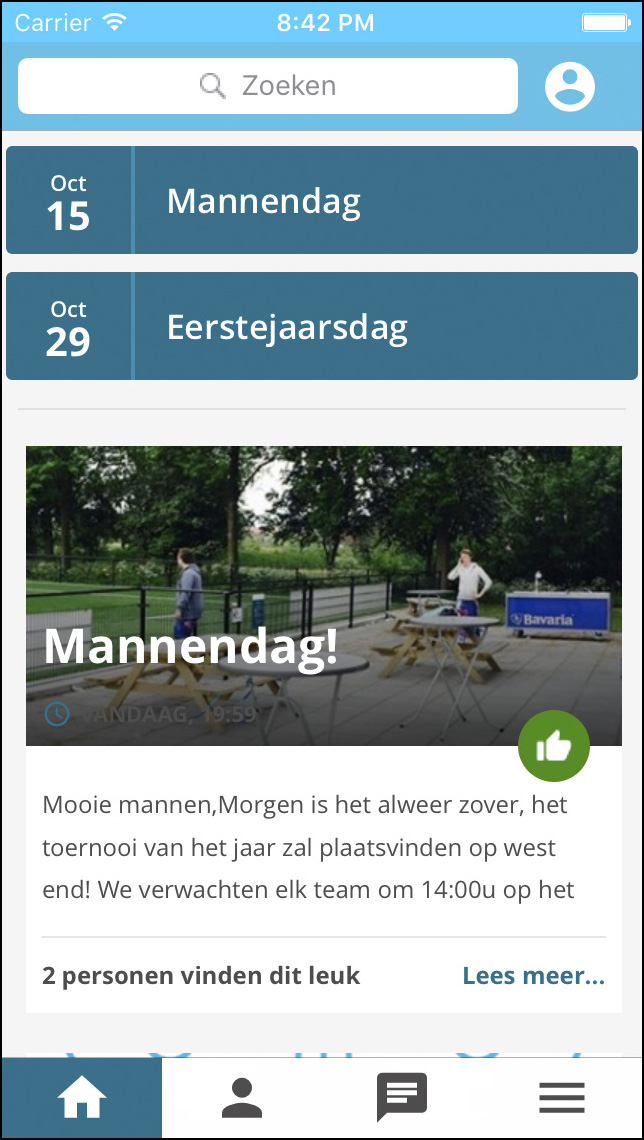 De Boer goes so far as to suggest that Almanapp has completely subsumed the functions of a normal website. ‘Before, everyone would fumble around trying to log on to the association’s mobile site, but now, everyone can just check the beer tab through the app. We really can’t imagine the website getting as many hits as the app.’ Krijgsman says, ‘Of the Vindicat members, 85 to 90 per cent check the app at least once every two weeks. The younger they are, the more interested they are. The senior students lose interest because they move to study in a different city, for example.’

De Boer and Krijgsman hope to finish their respective degrees in computing science and corporate law this academic year. ‘An average grade of 8 is not in the cards for me’, Krijgsman laughs. ‘But I’m doing all right. Right now we are spending 24 to 30 hours a week on the company, but next year, when we’re able to spend 50 or 60 hours, we’ll get even more done. Then we can really go nuts.’ De Boer’s main strength lies in planning: ‘You can’t do any random beer drinking any more. We plan things that don’t take a lot of thinking on the days we’re hung over.’

Currently, the app is mainly used by student associations, although a few sports associations have started using it as well. And there is more in the pipeline, Krijgsman explains: ‘Right now, we’re doing market research at high schools. Remember the phone pyramid that gets activated when classes are cancelled? That is so old-fashioned. The app is a great and efficient alternative.’ 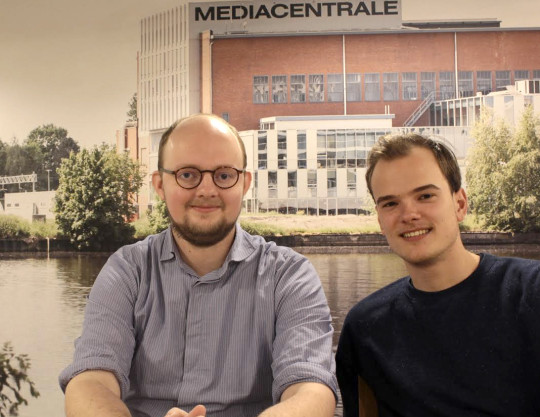 Djurre de Boer (links) and Bas Krijgsman were recently in Dublin to see if their app would also catch on abroad.