During my time in Cairo, I will be turning the miraculous age of 21. Therefore, I have been exploring ways to properly celebrate my upcoming birthday. The thing is, the ‘exploring part’ is already something pretty interesting, as there are a lot of things to keep in mind when looking for a suitable place to have your birthday party.

What to do, what to do? The search for a bar like we have in Groningen hasn’t been successful yet. Most of the time, people either go to a big nightclub in one of the luxurious hotels or they go to a low-key bar/restaurant; both are very cool, but I haven’t come across something in between yet. In Cairo, you have to know the good places beforehand, and even then you can’t be sure it will turn out the way you’d hoped. Take the time we decided to go to the famous ‘Al Hurriya’ (which means freedom) for a pub crawl, for example. When we arrived at Al Hurriya, we found out that the place was closed, so we decided to stroll around downtown in search of another place. After walking for what seemed like ages, we still hadn’t found a good bar (the fact there was a sandstorm going on did not help) so we decided to enter a slightly overdecorated place that made me think of the restaurant BENZ in Groningen. The moment we set foot into the place, the waiter/friend of waiter/friend of the waiter’s friend asked us for our picture, phone number and marital status – pretty funny (for a while) but not birthday party-material. 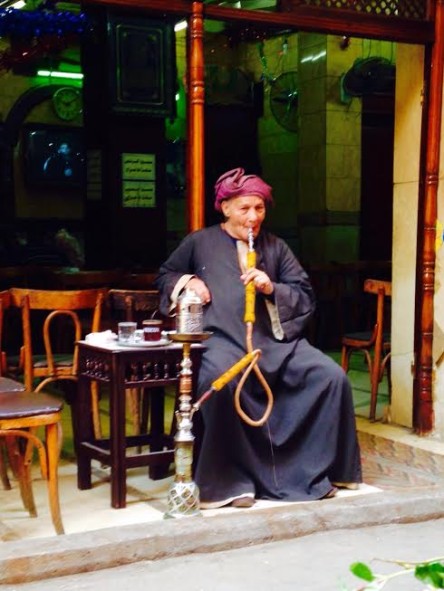 You can’t forget that alcohol and parties are not as out in the open here as they are in Groningen. If I am to go to a restaurant or bar in Groningen, I usually order a glass of wine or beer. In Cairo, this is not the common thing, especially during the day. Even in the evening during or after dinner, you see more people ordering shisha than beer – not that it is any less damaging to smoke shisha instead of drinking beer, as I was told that one shisha equals 10 cigarettes. Oops. It is, therefore, quite striking that I have not come across any menu that didn’t contain a list of the most exotic cocktails, although they often do forget to mention that actual alcohol is not part of the deal. In other places where they do serve alcohol, its designation on the menu is sometimes pretty misleading as well – one place called ‘The Tipsy Teapot’ refers to beer and hard liquor as ‘golden mugs’ and ‘tea’, probably because they do not have an alcohol license.

I encountered another dilemma which I have never had to deal with in Groningen, which is the issue of distance. As everything in Cairo takes you four times as long as it will take you in Groningen, so does the traffic (as well as fixing the washing machine, or the boiler, bed, curtains, doors, internet…). In Groningen, I can name at least 1ten suitable bars for a birthday party within a radius of two kilometres around my place. However, in Cairo, the places to party are not located right next to my apartment but are more scattered across the city. That often means that it will take you at least 20 minutes to get to the place you want to go to, if the traffic is alright. This issue brings me to something else to consider: the time the party will finish. In Groningen, this would not really be a problem, as we are used to walking around the city in the middle of the night (slightly drunk) without any problem. I have been advised not to try this in Cairo, even though I have not yet felt unsafe here. Putting two and two together, I think the best option for now is renting a felucca on the Nile for a couple of hours – that way, we can bring our own drinks so we don’t have to drink from teamugs.

On the surface, it might seem like the nightlife in Cairo is very restricted, as things like alcohol are less out in the open here than in Groningen. But actually, the Caireen people know very well how to have a party, albeit in a way different than what we’re used to in Holland. The idea of a night out with friends is different in Cairo than in Groningen, as it is either an evening out in an exclusive nightclub or a low-key bar but it is certainly not less fun. I can tell you that for me, it is actually quite refreshing to see that factors like alcohol and the time at which you go to bed do not measure the amount of fun you had as much as they do in Groningen. 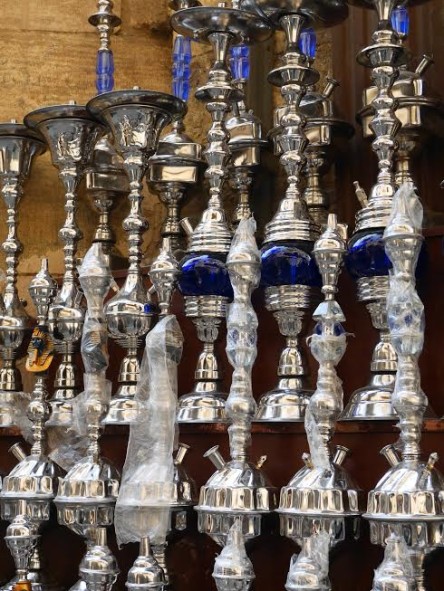