Brothers at risk of deportation

Darlington and Prosper Isaacs fled from the civil war in Sierra Leone to the Netherlands in 2001, but they are now at risk of being deported. The town of Assen, the Hanze and Darlington’s former supervisor at the RUG have lent them support, but the brothers hope university leadership will do the same.
By Valia Papadopoulou

When Darlington and Prosper arrived in the Netherlands, they were children: 14 and 11 years old, respectively. Their mother had been killed and their father had gone missing, and the young brothers migrated to the Netherlands alone.

‘Unfortunately, we weren’t familiar with the Dutch system back then and as we were asylum seekers, we didn’t have all the necessary documents with us,’ Darlington, a recent master’s graduate in Information Science, explains.

‘We are stuck here’

This is the reason why the Immigration and Naturalisation Service – Immigratie en Naturalisatiedienst (IND) – has turned multiple applications for a resident permit down.

This is not the first time Darlington and Prosper have been at risk of deportation. In 2010, the IND also asked them to leave the country, but due to a lack of necessary travel documents, they were unable to go. 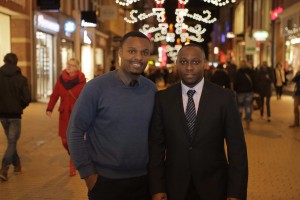 That effectively means that the brothers can’t return to Sierra Leone, nor can they stay in the Netherlands: the embassies in both countries refuse to give them the necessary papers in order to travel.

‘Basically, we are stuck here, and I think this is also the reason they put our case aside for a while,’ Prosper, a graduate of the Hanze University of Applied Sciences in Groningen, says.

In September, Darlington managed to find a job right after completing his studies. However, the IND rejected his application for a work permit because he didn’t have a resident permit yet, which sparked problems for them once again: the IND asked Darlington to leave the country on 13 January, but that decision has now been postponed until further notice.

Darlington and Prosper knew that applying for a residence permit once more would only be futile and so they asked people from the local government of the town of Assen – where they live – to help them.

The people there have taken up their cause, hoping that it will receive more attention. ‘They set up an action committee and a petition, and they are actually coordinating the whole campaign,’ Darlington explains.

Johan Bos, a professor of Computational Semantics at the RUG, was one of Darlington’s master’s teachers and his pre-master’s thesis supervisor. He is also trying to spread the word about the petition and raise awareness. 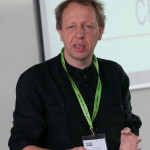 ‘It is really important that people sign it’, Bos says. ‘He is Dutch. He graduated from Dutch universities and he also speaks the language very well. He is valuable for our society, so I don’t understand why they would send him back.’

They hope that the attention their case has received will put pressure on immigration minister Klaas Dijkhoff, who is the one who will eventually decide.

Darlington is sincerely thankful for the support he has received, not only from his teacher but also from the entire arts faculty. ‘Mr. Bos has supported me a lot, but I was expecting someone with more power and influence to also step in the situation and help us. I have nothing against the university and I don’t know if me thinking like that is right or realistic,’ Darlington emphasises.

Members of the staff of the Hanze University of Applied Sciences, where both brothers received their bachelor degrees, have also offered their support to Prosper and Darlington. When contacted for comment, RUG spokesperson Gernant Deekens said that the board of the university was not yet aware of the Isaac brothers’ case.

Back to Sierra Leone

Although only Darlington was at risk of being deported initially, now, they both are. ‘We are in this campaign together, so everything that refers to Darlington applies to me as well,’ Prosper says, and Darlington adds, ‘I could never leave my brother behind.’

‘Everything we are and everything we learned, we did it here. They have to take these kind of things into consideration while making a decision,’ Prosper adds.

Their campaign and what will happen next are constantly in their minds, night and day. ‘We grew up here. We are Dutch and we want to be able to live here,’ says Prosper.

‘After so many years of living here, it would be inhuman if the IND makes us leave or just leaves us in the streets, because that’s what will happen if we don’t have a working permit or travel documents,’ Darlington says.