Burgerbakkerij already bursting at the seams

‘Der Totale Krieg’, ‘Zingende Zwammen’ and ‘Kim Jong-Il’. Fear not: they are simply the names of several burgers you can order at the Burgerbakkerij. A second branch of the delivery restaurant opened in late September, and one of the founders is Business Administration student Bart Lüschen.
By Koen Marée / Translation by Sarah van Steenderen

Inside, brand new kitchen appliances gleam, while outside, Bart is enjoying the sight of the new business. Sure, a sign would improve the Burgerbakkerij’s visibility in the street, but other than that, the place is up and running.

A little less than five years ago, Lüschen, then 24 years old, moved to Groningen. After failing in his studies in Amsterdam, he studied International Business & Management at the Hanze University, but that was not a success, either. There was a decent attempt at Technology Management at the RUG, but statistics turned out to be an obstacle. ‘I felt then that I should get a job while I figured out what really worked for me.’

It just so happened that his roommates Hans and Johnny had started a pizza restaurant in the Gelkingestraat: Pizzabakkerij Hans en Johnny. Hans had quit the business by then, and Johnny was understaffed. ‘I got a chance to get into the business for real. Because I didn’t have any money to buy into it, I worked for free for a couple of months. Then, I became co-owner of half the business.’

The Pizzabakkerij became a true cult restaurant among students. ‘It was hard but satisfying work. Once it was all working out, we wanted to set up something new. The idea for the Burgerbakkerij came to us the way all good ideas do: while we were having beers with all the employees after work.’

‘If this branch of the Burgerbakkerij is a success as well, we’re considering branching out to other cities’
The first branch of the Burgerbakkerij officially opened at the Gedempte Zuiderdiep in July 2014. In the meantime, Daniël van Diemen de Jel had joined Lüschen and Johnny van Calfsbeek as co-owner. ‘I went back to school to study Business Administration this time. Fortunately, Johnny allowed me all the freedom I needed for that.’ The Burgerbakkerij was bursting at the seams almost immediately: ‘We felt the expectations were realistic, but in reality, it went so fast that we started looking at possibilities for expansion quite quickly.’

This summer, crowdfunding raised approximately 45,000 euros for the new Burgerbakkerij in less than three weeks. ‘The fact that we’re sitting outside the new branch is very exciting, but also really great. Downtown you’ve got Papa Joe’s and Wereldburgers, but they don’t deliver any burgers. And we’re not a restaurant, of course. We try to distinguish ourselves through our homemade sauces and burgers, and we also offer vegetarian and vegan burgers. We even have an insect burger!’ 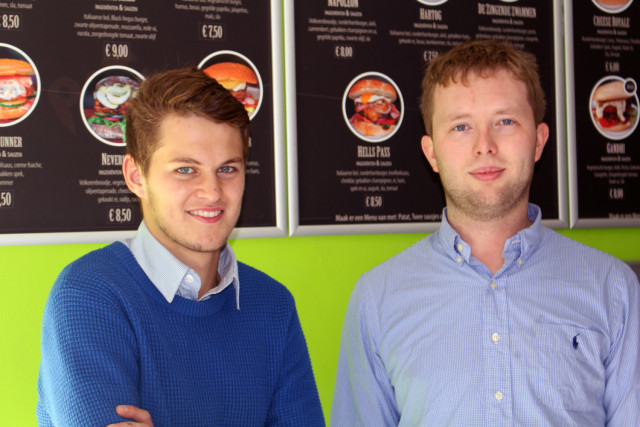 In September, Bart Lüschen (left) and Johnny van Calfsbeek opened the second location of the Burgerbakkerij.

The combination of studies and work is going ‘remarkably well’, according to Lüschen. ‘I had a few exemptions last year due to my Technology Management courses. I can’t work full time, but I am thinking about it full time. My fellow students think it’s great. They often ask me about the more substantive aspects, such as the costs and the overall approach. The other day a group came by to interview me and give some advice. And I’m inundated with sponsoring requests from committees!’

Lüschen is determined to finish his studies this time, but he is an entrepreneur at heart. ‘If this branch of the Burgerbakkerij is a success as well, we’re considering branching out to other cities. We might even start a franchise, where other people manage a branch under our company name. At any rate, we feel that the future is rosy.’ 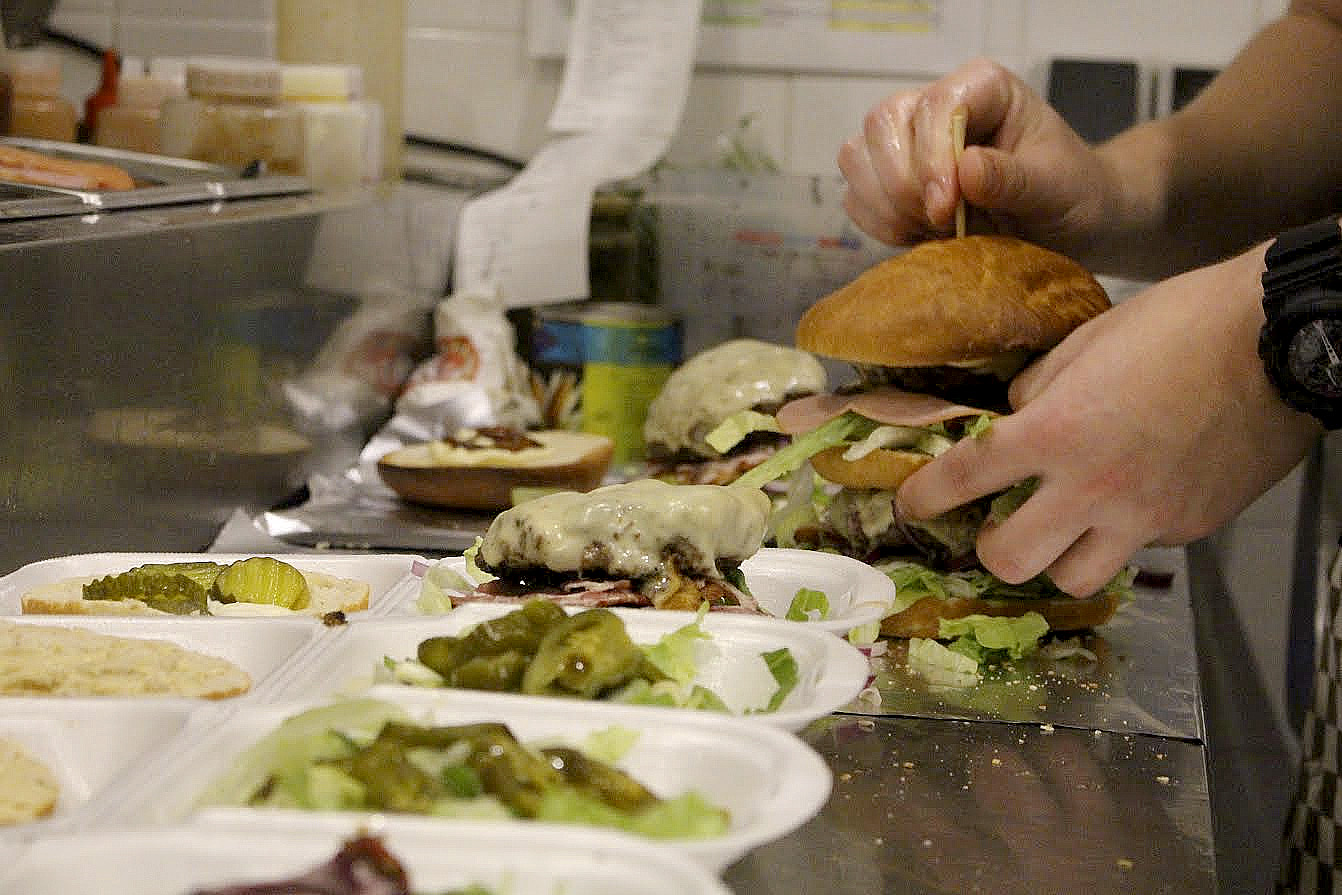