Come on and crush that stereotype!

You shouldn’t judge a person based on your stereotypical view of his or her nationality. Nonetheless, prejudice is everywhere - international students are confronted by it daily.
By Verena Rendel

‘What I really hate is when people are downright disappointed if I don’t behave according to these stereotypes’, says Christina Risse, 26.

The German psychology student recites the stereotypes about German people almost mechanically: ‘Germans are known as hard working and ambitious, especially with regard to their careers, they’re always on time, polite, sticking to the rules, clean, organized, not very funny or nice to hang around with – boring, even.’ 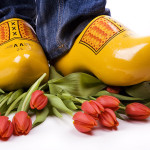 Most of the stereotypes don’t apply to Christina. Still, she has to defend herself because she doesn’t conform to the ways others see her. ‘Not long ago, a classmate of mine was really surprised when I told him that I am not obsessed with cleaning, that my university documents usually fly around in my room and that I sometimes show up unprepared for courses.’

Germans stick to the rules

Culture shock at the Wolkenfabriek 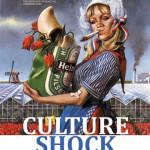 Studium Generale will host a ‘Culture Shock’ student night at the Wolkenfabriek on the former sugar factory grounds on Tuesday, 23 September at 17:45.

On the other hand, Christina had stereotypes about the Netherlands, too. ‘This will probably sound so ridiculous, but part of me really expected a majority of Dutch people to engage in drugs when going out.’ She thought she would be an outsider if she didn’t do drugs. Fortunately, this wasn’t the case.

Like the Dutch, Colombians are also connected to drug stereotypes. ‘Every time I say ‘Hey, I’m Colombian’, people say ‘Hey, do you have drugs for me?’’ says Laura Florez Sampedro, 26, a master’s student from Colombia.

For her, these stereotypes leave a bad taste in her mouth. ‘It’s a sensitive topic. Of course you don’t want to be recognized as that. It is a big deal in our country and there a lot of people dying in war because of it.’

Colombia is all about drugs

Even during the FIFA World Cup, where the focus should be on the sporting activities, the Colombian soccer team got associated with drugs. The players were Photoshopped into pictures where they snorted the free kick line that the referee sprayed on the field. ‘It’s not even a good joke. We are known for producing the line, not for consuming it.’

To counteract the stereotypes, Laura brought coffee and candy to her friends so that they would remember that Colombia is not all about the drugs and Pablo Escobar.

Being powerless about the stereotypes associated with your country is something Irina Chiscop, 20, experienced when she was looking for a room in Groningen. While looking at a room from a housing agency, she was asked where she was from.

‘I said, ‘I am from Romania,’ but the agent’s reply was, ‘that doesn’t help you very much.’ He said he was looking for people who can afford to pay the rent regularly. I felt really offended.’

She adds, ‘I feel a lot of frustration building up when I am confronted with stereotypes that only assess me using my nationality and not my personality and my mind.’

Another aspect Irina is judged upon is her study. ‘When people find out that I study mathematics, they immediately see me as a person without much creativity, initiative or humor. I pretty much get labeled as a nerd.’ For her, the worst part is that she doesn’t even get a chance to explain her choice of study.

As for herself, Irina thinks she doesn’t really have any stereotypes other than regarding the way different people live. ‘The Dutch live by agendas, the British drink tea, and so on. I understand that the little customs of every man come from a certain environment. But my parents taught me that before I have an opinion, I need to make sure I have enough knowledge on the matter.’

More than beer and brats