‘Elmer Sterken should have been Elma’

This Tuesday is International Women’s Day. According to many women at the RUG, Women’s Day is still relevant, especially at the university.
By Traci White and Emma van der Zalm / Translation by Sarah van Steenderen

International Women’s Day has existed since 1909, but many women at the RUG say it remains just as important today in the Netherlands in general and in the academic community in particular. The UK spoke to several female employees at the RUG and Aletta Jacobs prize winner Petra Stienen about women’s position at the university. 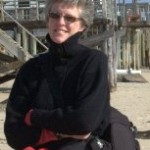 ‘I personally think the RUG is eager to encourage women who want to become professors. I would almost say that I’m proud of the RUG for trying so hard, but at the same time, I’m disappointed that this is all they have done so far.

The Rosalind Franklin Fellowship is one way, but the Board of Directors and Human Resources are also noticeably trying their damnedest to make room for all that female potential. But there are also a lot of women who resent being chosen just because they’re female. The emphasis has to be on quality and there are just as many qualified women as men, although it might take a bit longer to find them. 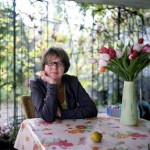 ‘In my experience, it remains true that representation plays an important part for men and women in science. We’re also talking about student evaluations, and the perception of what quality is. Think of lectures, for example: a large man with a beard exudes more authority than a frail young woman.

The RUG has almost no gender studies left. That’s truly awful. But within the Faculty of Arts, there’s a group of young women who have founded a Center for Gender Studies. They also want to set up a gender studies minor. I support that wholeheartedly. So there are all kinds of initiatives, but it’s still a controversial and complicated issue.’

‘I’m glad that after being here for 11 years that the board of directors is finally beginning to have discussions about the importance of gender. They’re taking a look at the requirements and perhaps why those requirements are presenting more obstacles for women than for men.

It’s this vicious cycle of these networks having traditionally been male-based, and having their own forms of socialising and preferences in terms of discursive decisions. There are all of these gendered things that are taken for granted, that women sort of have to act that way and go to the bar or the pub, and do the things that they may prefer not to do. That leads to situations where women are either not accommodating of those gender traditions or they’re just not getting into those networks.

The Rosalind Franklin Fellowship is great, but it always feels like it’s just providing a way of allowing the university to ignore the problems everywhere else. They can say: ‘We have this chair for women who are doing well in science, so we’re good on that, we’re done.’ But the larger problems just continue.’

Inge Bolwijn, office of the Board of Directors 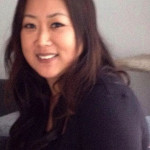 ‘The organisation itself is a pretty nice environment for women. If you have kids, they take that into account much more than a traditional company would. For example, you can start your day a little later. In that sense it’s not for nothing that so many women work here.

But things like that are dependent on your manager or supervisor. Some hold onto traditional gender roles, but I’m not a big fan of those. I like it better when the person I work with asks me to brainstorm along with them. There are so many people with all kinds of expertise and that can have its advantages, but it’s all dependent on whether or not a manager wants to make use of it. I also think the male colleagues can do a bit more to give women the room to contribute.’ 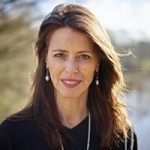 ‘I can tell there’s a lot of interest in this prize. The name Aletta Jacobs has left an indelible mark on themes that are still relevant. We have come so far in the Netherlands since her days. If she could walk the halls of the university now, she’d be astounded that there are almost more women than men at the RUG. But what happens to women when they enter the labour market? There is some unfinished work there, for example division of labour, equal pay, and the visibility of women in public discourse.

The themes that were present during Aletta Jacobs’ days are still relevant, but now other groups – such as Arabic women and women of colour – are making their voices heard, and we need to listen to women’s voices in all their glory.’ 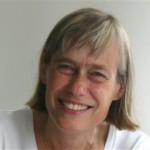 ‘I experience the RUG as a very stimulating workplace, but it’s difficult to say whether that has anything to do with the fact that I am a woman working here. Before I became a dean, there was a lot of pressure on me from different sides from those who felt that it would be good if I – a woman – were to fulfil this position. We can see from the numbers that the percentage of women is decreasing the higher up you look, for instance the percentage of female professors, deans and members of the Board of Directors.’

In addition to her work as dean of the Faculty of Arts, Wakker, together with FMNS dean Jasper Knoester, has been named chief diversity officer, a position focused on diversity among students and staff. ‘One of these matters is hiring more women. We’re going to start with the process of raising awareness among the current staff and directors, and along the way, we’ll figure out what other actions are needed and possible. And diversity beyond merely gender will be a topic as well.’ 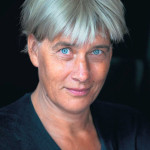 ‘The university in itself is a good place to work. That goes for women as well, partly because there are opportunities here. At the same time, it remains an old boy’s network. And it’s my experience that they have the power. The employment conditions offer some wiggle room, but in reality, there was quite a lot of pressure on it. There exists this implicit standard of ‘this is how we men have done it for years, and you women will just have to adapt’. The demands are quite unshakeable in that sense, and too high sometimes. I’m okay with that in and of itself, because as a woman I can certainly meet those demands.

I have been working at UMCG for 27 years, but I am not officially working at the RUG at the moment. Over the years, I have clearly seen more women reach higher positions. But those executive functions also had a glass ceiling. We have so many good women at the university, women with guts. So it’s strange that we’ve never tapped into that potential.

There’s an example that I still think is quite painful: approximately six years ago, there was a change in the Board of Directors and we needed to find a new rector. People were expecting a woman to finally be appointed to the rectorship. But it was once again a man who got the position. That happens, of course, but promises had been made. Elmer Sterken actually should’ve been Elma.’

It is no coincidence that the 14th Aletta Jacobs Prize was awarded this past Monday to Petra Stienen. Jacobs was the first Dutch woman to graduate from a university, and she graduated from the RUG. She fought for women’s emancipation for the rest of her life, ranging from reproductive to voting rights. Every two years, the eponymous prize is awarded to a woman who has fought for women’s professional rights.

But what are the daily experiences of Dutch women in general, and those in the academic community in particular? Based on the 2015 Monitor of the Dutch Network of Women Professors, they are not great: only 17 per cent of all Dutch professors are female.

The amount of women in academic positions drops 10 percentage points for each subsequent level of the academic career ladder. Slightly more than 50 per cent of university graduates are female, but only 44 per cent of PhD candidates are women. Women represent 37 per cent of lecturers, 26 per cent of senior lecturers, and only 17 per cent of professors. At the rate at which female teachers are currently being appointed, it will take until 2055 before there are as many female professors as male ones.

The RUG created the Rosalind Franklin Fellowship in 2003 to offer female lecturers a tenure track position. This academic year, that has resulted in 18 new positions. The fellowship seems to be turning into a solid base that can contribute to a more equal distribution in the coming years.

But the RUG had set itself the goal of having at least 25 per cent of professors be women by the end of 2015. They did not succeed, stalling out at 18,8 per cent. ‘We did not reach our goal, and that is one of the things we failed at’, RUG president Sibrand Poppema concedes. ‘There are more than a hundred female professors, but we’ve added at least as many male professors.’

Where are all the women?