She has met all the EU big wigs, shaken Mark Rutte’s hand and advised ministers and ministries, all while finishing her bachelor’s degree in international relations and international organisation. As Sjoukje van Oosterhout (23) nears the end of her two-year term as the European Affairs youth representative, she looks back on her time as the voice of Dutch young people in Europe.
By Maaike Vos / Translation by Sarah van Steenderen

It all started with an internship at the House of the Dutch Provinces. When that was almost over, her internship supervisor pointed her toward the vacancy for youth representative. Van Oosterhout applied and was invited for an interview. Out of a group of 40 applicants, she and another candidate were nominated to appear before the National Youth Council.

She had to give a speech and answer questions from the members, which were a variety of youth organisations. ‘That was fairly intense. I didn’t expect it, but a majority ended up voting for me,’ she says during a Skype interview.

At that point, Van Oosterhout was still living in Brussels. She had to go back to Groningen for her studies. She still had to earn 40 ECTS, which included her thesis. ‘One course had an attendance requirement. The university refused to make an exception, so I had to plan around that course.’

After finishing the mandatory attendance course, Van Oosterhout moved to Utrecht. It was a convenient location, in part because of the guest lectures she had to give throughout the Netherlands. ‘There was a little less travelling time, a bit more time for a social life.’

She talked to approximately 5,000 young people at high schools and vocational schools and discussed European themes with them. She then informed Dutch ministers, Euro MPs in Brussels, and employees at the European Committee about these Dutch young people’s points of view.

These substantive discussions with young people were crucial to give weight to her job, says Van Oosterhout. ‘The title itself isn’t worth anything unless you actually talk to young people.’ Her considerable knowledge also helped during meetings with politicians. ‘In the beginning, most invitations were for photo ops: the obligatory selfie. But there aren’t many people who speak to as many youths in the Netherlands as I do. If you want to know their thoughts on something, you probably want to come to me.’

‘It’s not my job to promote the EU’
Van Oosterhout has devoted herself to, among other things, youth unemployment and Europe in the classroom, a plea for more education about the EU. ‘In lower secondary professional education, ‘Europe’ is not a required course. We find that it depends on the teacher. On the one hand, it’s because the EU is complicated, and some teachers don’t really know what exactly goes on in Brussels’.

‘On the other hand, you’re quickly seen as being pro-European when you talk about the EU. That’s difficult for teachers as well’, Van Oosterhout explains. Did she find it difficult as well? ‘Yeah, it was pretty hard. A lot of people think I’m some sort of European ambassador, even though it’s not my job to promote the EU. In fact, my job is to be critical and to point out what needs improving. If I only saw Brussels in a positive light, I wouldn’t be a very good youth representative.’

As far as Van Oosterhout’s successor is concerned, their main skills should be networking and being sociable. ‘You have to be able to talk to both ministers and kids in vocational education.’ You also have to be humble. ‘It’s not about you as a person. You have to be self-effacing with the Dutch kids.’ When she is done, Van Oosterhout, as can be expected, will go to London to follow a European Studies programme. And then? ‘I know I’ll be headed to Brussels afterwards. But I don’t know where exactly yet.’ 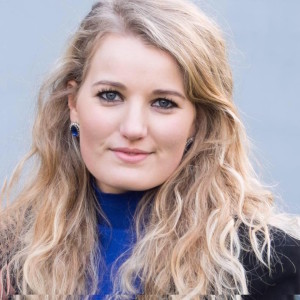