‘Fear mongering is definitely a factor’

Islamic State (IS) has access to a highly professionalised media system to proclaim its message. Pieter Nanninga, lecturer of Middle Eastern studies at the RUG, has been closely following the news coverage of IS, including in the aftermath of the attacks in Brussels.
By Koen Marée / Translation by Sarah van Steenderen 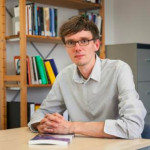 Tuesday morning, ten o’clock on the dot. Approximately 30 minutes ago, news that a man wearing a bomb has hijacked an EgyptAir plane and has landed it on Cyprus. Not much is known yet, apart from the fact that some of the passengers have been released. In our interview with IS expert Pieter Nanninga, this is obviously one of the first things we talk about.

As of this moment, not much is known. How do you see what is happening?

‘It’s difficult to say, but this situation may not actually involve IS. Islamic State has never hijacked a plane before, although they have downed some. The fact that it landed in Cyprus and people have just been released also doesn’t really fit their modus operandi.’

But people were quick to suggest there could be a connection. In videos after the attacks in Brussels, they announced ‘dark days’ were to come. How should we interpret statements like these?

As a scientist, you study IS’s media, both official and social. How professional is their set up?

‘I used to do research into Al-Qaida’s media, which was fairly modern back then. One leader said: ‘More than half the battle is fought on the battleground of media.’ IS is really professional. Their videos are modern, smooth and flashy. There are different media departments, one for each province. They also produce local news.’

Do they only make news about attacks and beheadings, like the videos we see here in the west?

‘That is a misconception. A large part actually emphasises the positive sides of the caliphate. They stress that life there is good. On the other hand, they feel that they exhibit justice by showing how their opponents are punished. But those videos make up less than 10 per cent of their total media productions.’

And yet that’s all we see in the west.

‘Violent images have more news value when it comes to mass media. But if you want to understand why people are drawn to the caliphate, you also have to take the other side into account. In the eyes of IS, Islam has been oppressed everywhere for a long time by dictators such as Assad, but also by western bombing. At the caliphate, they want to revive the glory days of Islam.’

Is that oppression a recurring motif in IS’ videos?

‘Certainly. Immediately after Brussels, the attacks were branded as something against western hypocrisy, against the ‘war on Islam’ that IS feels is happening. The attacks are retaliation. Social media was immediately filled with statistics about the Belgian contribution to the coalition. There were also pictures of civilian casualties. Supposedly, they were taken a few days before the attacks in Brussels, at the Mosul University which was bombed by the coalition. They were trying to show that the suffering in Brussels was nothing compared to the suffering in the Middle East.’

In Europe, the terror acts are branded as ‘attacks on our freedom’ and ‘fear mongering’. Looking at IS’ media, is this interpretation correct?

‘A large part actually emphasises the positive sides of the caliphate’
‘Fear mongering is definitely a factor. IS benefits from polarisation in the west. They hope that normal Muslims who exist in what they call the ‘grey zone’ will turn their backs on western civilisation and side with the caliphate. ‘Attacks on our freedom’ and ‘our values’, however, do not fit the picture that IS has. According to them, the west is hypocritical and those so-called values only apply to the west itself.’

In De Volkskrant, mediator Jonathan Powell urged negotiations with IS. Does IS show any openness about doing so in their videos? How do you see this?

‘You should never rule out negotiations, but the reality of it will be very difficult. We don’t have a lot to offer, and IS wouldn’t be very interested, either. After Brussels, one IS fighter said in a video: ‘If you stop dropping bombs, so will we.’ That shows that they’re not just irrational mad men.’

And yet many people see IS fighters as ‘mad men’.

‘It’s easy to see them that way. But it’s much more useful to examine the breeding grounds, such as the underlying problems in the Middle East and the foreign policy of western nations. There is very little emphasis on that; we’re mainly stressing the need to fight IS, when IS is a symptom of that underlying discontent. We will ultimately beat IS, but there will eventually be another movement that rises up if we don’t pay attention to this.’

Should politicians collaborate more with the scientific community regarding foreign policy?

‘A lot of politicians make enquiries, but they’re also faced with the emotions in society. I can imagine Rutte saying: ‘This is an attack on our way of life’ in order to create a feeling of togetherness. But that can also be counterproductive. In the west, too, people doubt those so-called ‘values’ and they might feel excluded when Rutte says those things. But I think it’s even more important that we start considering and debating the consequences of the actions of the west in the Middle East, and how we can improve matters in the future. People are finally beginning to understand that.’

After our conversation, we check our phones for news. The hijacking is still ongoing. A few crew members and passengers are still being held on the plane. The hijacking comes to an end in the afternoon and we discover that, as Nanninga suspected, IS is not involved. According to reports, the Egyptian hijacker wanted to contact his ex-wife, who lives on Cyprus.

Too close for comfort

Suicide bomber is no loser