Gravity is a realistic space adventure

The movie Gravity is about two astronauts drifting through space. It's quite realistic, says astronomer Marco Spaans.
By Welmoed van Dijken

The trailer of Gravity shows Sandra Bullock and George Clooney tumbling around in space, like two people on an LSD trip. That could never happen – or could it? Theoretical Astrophysics Professor Marco Spaans detected very few mistakes.

The film is about two astronauts who find themselves stuck in space, having lost all contact with planet Earth. That is not an unrealistic risk for astronauts, Spaans explains. ‘During the Apollo 13 mission the astronauts lost contact with people on Earth as well, and discovered it was very difficult to regain it.’

For those who are completely unfamiliar with astronomy, Gravity might seem ridiculous, with people freefalling through space and raging fires. However, it can all actually happen. Most people just have no idea. ‘All the movements are actually done quite well. When you’re in space, you keep rolling around because there is nothing there to keep you grounded. Also, it’s the gravity that causes the flames of a fire. Without it flames wouldn’t occur and fire would spread like gas.’ 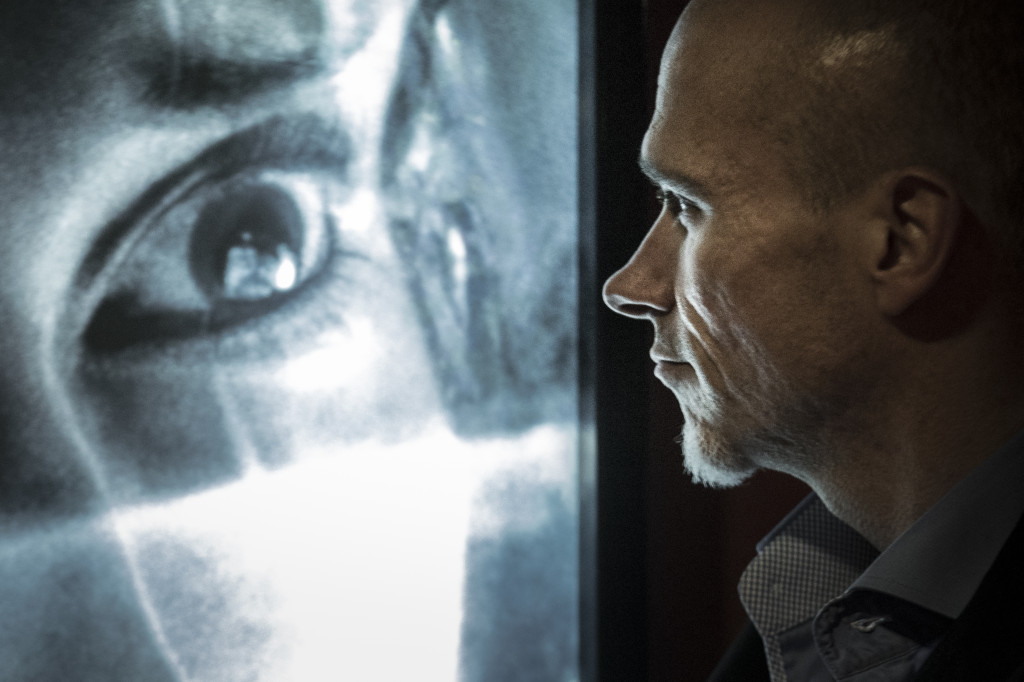 At some point Sandra Bullock’s character almost runs out of oxygen. However, here Spaans detects one of the few errors of the movie, probably in order to enhance the dramatic effect. ‘You can freefall through space for a long time. That is not a problem at all. However, when Bullock has only five percent oxygen left and gets scared, Clooney decides to keep her talking, making her lose even more. That would never happen with real astronauts.’

Watching Gravity as an astronomy dunce, several questions came to mind. Bullock and Clooney have a beautiful view of planet Earth, but is that for real? ‘Yes – and you don’t even have to be afraid of heights. Because you are 400-600 kilometres above the ground, you don’t have a sense of height anymore. It is truly spectacular. In Russia, where astronomy is quite advanced, travelling to space is even a commercial enterprise – but only for $100 million. It’s not meant for everybody, because every kilo you want to send to space costs €100,000.’

In the movie, people die and remain in space. We can also thank the Russians for knowing what happens to them. ‘In 1957 Russian astronomers sent a dog named Laika into space. She died and wasn’t brought back to planet Earth. She kept circling around in space. So when people die in space, they can literally circle around for dozens of years, maybe even longer.’

The things you see in Gravity are hard to imagine, but realistic nonetheless. ‘I hardly saw any broken natural laws or mistakes. This is really what astronauts experience. The movie officially falls under the genre of science fiction, but I don’t agree with that at all. It is more science than fiction.’

Suffering for a good cause