The Jewish philosopher Hannah Arendt caused great controversy when she wrote a series of articles in which she seemed to defend people who worked under the Nazi regime. The film ‘Hannah Arendt’ depicts this part of her life.

The movie has received mixed reviews. Some critics say that its director, Margarethe von Trotta, could have done more with the subject. Katherine Gardiner, a Philosophy Department lecturer and study advisor, disagrees. ‘I’m glad it isn’t a moralistic movie. Instead, it takes an open approach towards a very heavy subject. The viewer can form his or her own opinion, which isn’t always the case with visual media.’ 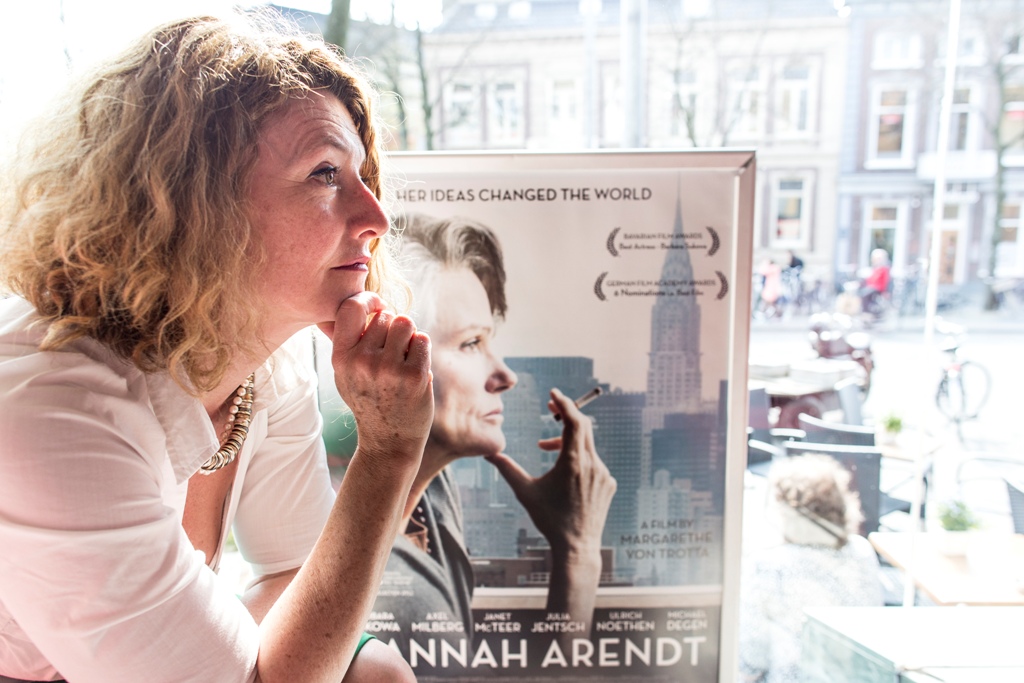 In 1960 Adolf Eichmann – responsible for mass deportations of Jews to concentration camps during the Second World War – was captured. He stood trial in Jerusalem the following year. Arendt wrote a series of articles about the process for The New Yorker.

In the movie Eichmann isn’t portrayed by an actor. Instead, real footage from the 1961 trial has been used. ‘That gave me goose bumps’, Gardiner says. ‘I think it’s fascinating how the movie shifts between the past and the present.’

Arendt was surprised by the Eichmann she saw. The man didn’t seem to be the monster she thought he would be. She concluded, and wrote, that Eichmann was merely a bureaucrat who obeyed the law, which at that time was Nazi law. Also, she stated that if some Jewish leaders hadn’t surrendered as quickly as they did, there may have been fewer victims. Gardiner comments: ‘These were very controversial statements and that was depicted well throughout the movie.’

Arendt received many threats after her work was published. ‘In the movie she’s trying to find the right way to write what she thinks. Basically, she considers there is an Eichmann-type, someone who follows others and the rules, and isn’t critical. People like that tend to fall for people such as Hitler.’

Alongside Arendt, the movie also features Martin Heidegger, a famous philosopher who supported national socialism. Arendt reportedly had a relationship with him. ‘He was her professor and a married man. The affair lasted a short time, but they always kept in touch. She forgave him, as she believed that there should always be a place for forgiveness. That is so deep and so philosophical.’

Arendt called her book Eichmann in Jerusalem: A Report on the Banality of Evil and stated that while carrying out research, you always have to try to understand a situation and see things in a different light. She thought Eichmann was simply not able to think for himself.

So was Arendt a radical woman – or one who said out loud what people were afraid to say, or even afraid to think? Whatever she was, it didn’t matter much to the outcome of Eichmann’s trial. He was hanged in 1962.

The movie ‘Hannah Arendt’ is currently showing at Forumimages.