Three international faction members were elected last week to join the University Council in the coming academic year. As non-Dutch members are becoming more common in the council, they aim for equal representation.
By Tinka Floor

The future members of the University Council will be representing both the research and student population. Rieza Aprianto will join the Personnel Faction, Boris Kyuchoukov will represent Lijst Calimero and Jonah Thompson will be a member of the SOG faction. Each of the newly elected members has different goals for their time on the council, but they all share the same excitement that three internationals were elected and are grateful to those who voted them in. They also share the motivation to work together to make the ‘international university’ that the RUG claims to be a reality. 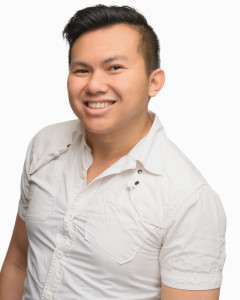 For the last two years, there was only one PhD member in the Council: Jan Blaauw, from the arts faculty. With his network within the medical and so-called beta faculties, Rieza hopes to provide for adequate interdisciplinary representation. ‘It is unique at every faculty how we do research and how research facilities are arranged, but in the beta and medical faculties, we do things similarly. It might be relevant to have a PhD in the Council with experience in biology and lab work.’

As for work pressure, Rieza says, ‘By signing a contract as a PhD, you know you are not signing a 40-hour contract. You have to make sacrifices. The university needs to make the work environment as easy as possible. As a PhD, your output is affected by the situation in your group. This group process can be made more efficient. Removing bureaucratic tasks that we don’t really need to do is essential.’ 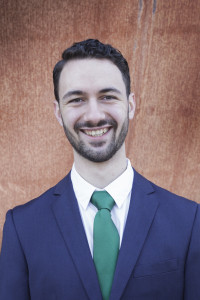 Boris Kyuchoukov, member of the Lijst Calimero faction in the University Council 2015-2016.

‘My motivation to join the Council was the lack of voice that students have in decision-making. I saw this when I started to work for my Education Committee’, Boris says. His main goal is making the connection between international and Dutch students stronger.

Unfortunately, internationals are often regarded as a separate entity. ‘Including internationals in Dutch society remains a main issue’, Boris admits. ‘Even in the degree programs taught in English, like psychology, there is no contact between Dutch and international students.’

Better, mixed housing for international students might help, he agrees. ‘The best way to integrate is living together, sharing food and experiences. But an association like ESN – Erasmus Student Network – might also be a nice tool. Calimero is working together with ESN.’ Boris proposes making ESN activities accessible for internationals and Dutch students. 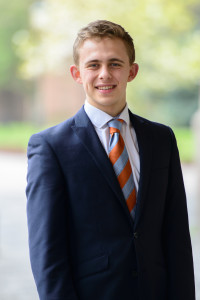 Jonah Thompson, member of the SOG faction in the University Council 2015-2016.

On the other hand, Jonah thinks the university itself should play a bigger role in including internationals in associations. In general, his priority in the council is the notion of self-development. ‘Expanding educational horizons and making sure all possibilities out there for students are fully exhausted is not just limited to what happens in the classroom’, he says. ‘Wow, that sounds wordy and political.’

He reiterates a point he also made at the international debate: you cannot put all students into one box because everyone has his or her own individual needs. Nevertheless, language use remains an important matter for everyone at the university. According to Jonah, the university’s ‘dual plus’ language policy should give every student the opportunity to learn a third language by bringing back the language minors, as well as ensure that English speakers can learn Dutch and vice versa.

He feels that this can be achieved by providing free Dutch courses throughout all three years of a bachelor education and SPOCs – Small Personal Online Courses – for students who want to improve their English in order to keep costs and workload acceptable. ‘The University Board is enthusiastic about the SPOCs, so we could realise this early next year.’

Edit: European Law Professor Laurence Gormley was also elected as the third member of the Science Faction in the University Council. Gormley has worked at the RUG since 1990.