‘It’s difficult for me to say no’

Last Monday, it was announced that Huub Willems, professor of corporate litigation at the RUG, has been named president of the Volkswagen Investors Settlement Foundation. Since then, Willems has mainly been busy being interviewed.
By Selma Hoekstra / Translation by Sarah van Steenderen

Willems is 71 years old, but he is not ready to settle down just yet. ‘I get asked to do many things, and it’s difficult for me to say no.’ When he received an e-mail from the New York law firm BLB&G concerning a claim at Volkwagen and if he was interested in helping out, all he could do was say yes.

‘I have to leave in a bit; I have English class’
The Volkswagen Investors Settlement Foundation is preparing a settlement between Volkswagen and the aggrieved institutional investors from all over the world who suffered damages from the scandal involving the cheat software.

Willems: ‘Private investors are welcome too, of course, but the first order of business is showing that you represent a lot of big defendants, and so the big boys will get a letter first.’

The Netherlands is unique

According to the professor, the fact that the Netherlands has been chosen to be the country where the dispute between Volkswagen and the investors will be decided isn’t so strange. Willems: ‘Here, we have the Class Action Final Settlement Act. When the court in Amsterdam declares a settlement universally binding, aggrieved parties from all over the world can invoke it’, according to Willems.

This can be advantageous for the company liable for compensation. Willems: ‘It prevents time-consuming claims and lawsuits that be a terrible administrative hassle.’ According to Willems, there has been no formal consultation with Volkswagen, but informally, it has been made clear that the car manufacturer is willing to settle.

He explains the difference between the judicial systems in the United States and the Netherlands with passion. When asked whether this case against Volkswagen is the ultimate dream come true for a professor in corporate litigation, he pauses to think about it for a long time. Finally, he admits: ’It is a professional challenge in my field, of course. I am fanatical about my field and have done absolutely everything I can to get the best people I could think of to join the foundation. And that worked.’ 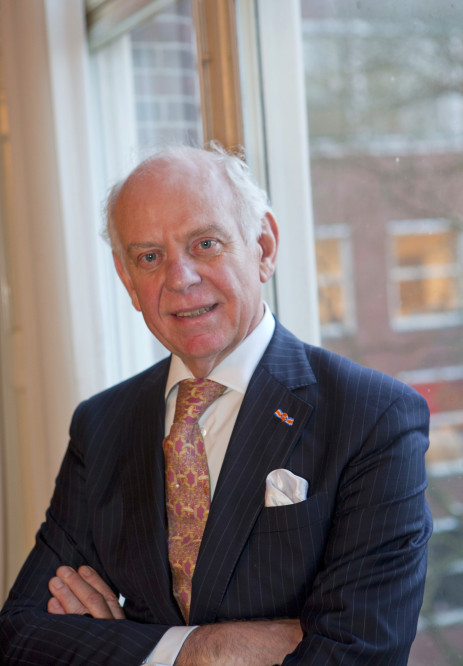 ‘I have to leave in a bit; I have English class’, says Willems after checking his watch. ‘I realised more and more that my English was insufficient. We can all order a beer, but I noticed I was falling behind when I wanted to defend certain standpoints.     I’ll never be as good as a native speaker, but I can do better than what I’m doing now.’

As for the final goal, the size of the settlement, Willems is unable to say much. ‘That depends on so many things. It’s really difficult to determine what something is worth.’ According to Willems, it is no different than a trade at the horse market. ‘It’s striking a bargain within the agreed upon margins and making sure everyone agrees.’ He can give a clear answer on the time it will take, though. ‘Everything should be settled within a year.’