‘Only top athletes are granted all kinds of flexibility’

The RUG should grant more flexibility to students who are working for a cause or have their own business alongside their studies according to Jantine Doornbos, an information science student, entrepreneur and the brand new president of COC Groningen/Drenthe.
By Karlijn ter Horst / Photography by Jehtro Bijleveld / Translation by Mina Solanki

When she was recently asked to become president of the LGBT group COC Groningen/Drenthe, it was take it or leave it for Jantine Doornbos. The 23-year-old student wanted to get involved on behalf of the LGBT (lesbian, gay, bisexual and transgender) community, but had to make a tough decision: how do you combine pursuing a degree in information science with serving as president of an organization and running your own company?

‘It made me a little angry. Top athletes receive help from the university and are granted all kinds of flexibility, but others who are also active outside the university get nothing. It’s hopeless.’ Doornbos opines, slightly irritated, when the topic is broached. You cannot just combine three things. 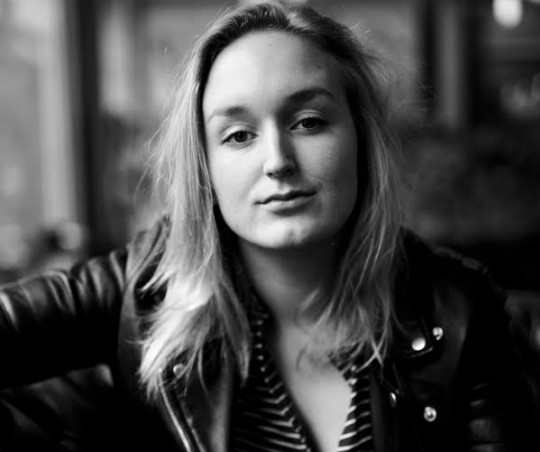 At least that was the experience of the entrepreneurial student. When she accepted the position of COC chairperson, she was given the choice to either continue with her business, which sells long boards, or to quit in order to finish her studies. ‘There was no other choice. The study advisor said: ‘Sorry, but there is no alternative.’’ In the end, she picked the latter option and sold her business.

The timing of it all worked out fairly well, but giving up a successful business for your studies isn’t exactly the obvious choice. Nevertheless, the fourth year bachelor’s student still made the leap. ‘I want to finish. In the lessons, you learn the building blocks. Otherwise, I’d miss the basics that I need in order to be on the same level as the experts.’

She also did it as a matter of pride: ‘I want to prove that I can do it.’ She was actually encouraged to go to a lower level of high school, but she wound up graduating with the highest possible scores on her exit exams. ‘I’ve always done it on my own. You just have to believe in what you’re doing.’

For other entrepreneurial students, it’s also not the lack of willingness which causes failure, she says. ‘People really want to finish their studies, but they are often forced to quit. It is such a shame, because you want everyone to have a good education.’

Although the university encourages entrepreneurship, Doornbos feels that RUG should do more to make it possible for students to be entrepreneurs during their studies. ‘If you serve on a board or committee for a year, you get a subsidy, and financial needs for top athletes are also met. The same regulations should be put in place for entrepreneurs and people are involved in social causes.’ Naturally, you have to take into account that you might incur a study delay if you have your own business, she feels. ‘If you work 80 hours a week, it’s understandable that you may be delayed somewhat.’

‘The COC shouldn’t need to exist’
Even now that she has been forced to push her business aside and is working as the local COC chairperson, she still feels that the RUG is not meeting her needs. Be that as it may, she is focusing all of her energy on her COC work: ‘I have to pick up the phone if someone calls, so if it goes off during class, I just walk outside.’ Owing to how busy she’s been, she forgot to hand in an assignment: ‘The teachers don’t care why.’ Late is late, full stop.

Although she does not feel that she gets much leeway from the university, Doornbos is determined to make something of her new leadership opportunity. ‘I want to bring people together and change people’s lives. We have to do something,’ she says, in reference to the discrimination which LGBT people face every day. ‘I cannot walk down the street hand in hand with my girlfriend without being cursed at.’

Even though she feels unsupported by the RUG as an entrepreneur and a leading figure in a social cause, she does feel safe at the university as a lesbian. ‘Everyone is welcome here. The focus is on your studies here and nothing else.’

Doornbos does not want there to be too much focus on LGBT people. By attracting a lot of attention, you emphasize being different. ‘But we aren’t different or pitiful. The COC shouldn’t need to exist.’ She would prefer that the RUG put the emphasis on what she really likes doing: being an entrepreneur.

I am gay and Muslim