Experience Groningen is back for its second edition on 11 and 12 March. The two-day festival aims to help international students get to know the gezellig student city and dive head first into Dutch culture.
By Nina Yakimova

Experience Groningen gives international students the opportunity to enjoy two days full of adventures, Dutch-style. On Friday, international students and their guides will explore the city and participate in all-day program following two out of the four available tracks: Culture, Sports, Business, and Science. Many local sport clubs, businesses, and (student) organisations will open their doors for Experience Groningen this year, so the UK selected the highlights from each track of this year’s edition.

NNT – the Northern Dutch Theatre – troupe, which was created almost a quarter of a century ago, uniquely combines the timelessness of classical stories with an offbeat approach and an undeniable dedication to social, political, and emotional themes. For Experience Groningen, international students will have to step out of their comfort zone and enter the playful and creative world of theatre during an intriguing workshop on drama titled ‘The Power of Playfulness’, led by Eva Pantelakis.

It was a tough choice between the NNT workshop and a behind-the-scenes tour of the exhibitions at Groninger Museum with the GM-Insiders as the highlight of the cultural track. The other events on the agenda include a visit to Groningen’s own art house cinema – Groninger Forum – or everyone’s favorite cultural and concert house – Vera  – City Hall, a city tour with Max Tauran and visit to the Groningen Synagogue.

When in Groningen, one must experience (being on or just looking at) the highest free standing climbing wall in the world: Excalibur. The wall, which is 37 meters tall, is part of climbing club Bjoeks. For all the internationals interested in sports and climbing, on Friday, Bjoeks has organized a workshop led by the club’s most experienced instructors to introduce climbing solo and in pairs. This king of the climbing walls is located at the Kardinge sports centre at the city limits of Groningen. 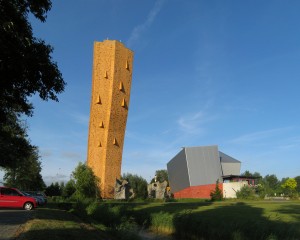 Every August, Groningen’s Noorderplatsoen park truly becomes the centre of the city’s universe. Noorderzon Performing Arts Festival Groningen curiously combines a cutting-edge international art festival with the nomadic quality of large-scale summer events: theater, dance, music, literature, visual arts, and food converge in the park for eleven days and invite everyone to join in. During Experience Groningen, Noorderzon’s creative director Mark Yeoman will give a workshop on the use and importance of international networks. 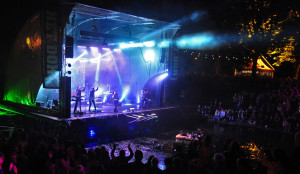 Internationals can also join a workshop and a lecture on 3D thinking led by designer Jauke van den Brink at the House of Design – a renovated water tower next to the Noorderplantsoen – as well get to know IBM, GasTerra and Lanch Café a little better.

The SRON Netherlands Institute for Space Research, the national institute for space research, is open to participants in the science track. SRON has locations in both Utrecht and Groningen and develops innovative technologies which are widely used for the discovery and understanding of new and exciting phenomena in space. Groningers can proudly say that SRON’s cameras have been onboard ESA and NASA scientific satellites. On Friday, internationals can visit SRON’s labs and will be introduced to SRON’s team, its working processes, and future missions. A tour around the research labs will show the development of the camera technologies at work. 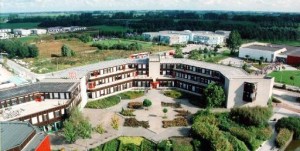 The Green Office, the Biomarker Development Centre, the Blaauw Observatory, ERIBA, Science LinX and the Arctic Centre are also on the agenda for those following the science track.

Winding down and kicking off

After checking out all that Groningen has to offer, Friday’s schedule winds down with a dinner at a local stadjer’s (city resident’s) home. On Saturday, a tour around the province of Groningen will take the internationals on a trip to discover the nature and history of the province, including Groningen’s ‘Borgen’, a group of small castles, and Stranger Things Have Happened will kick off the after party.

Tickets for Experience Groningen are available for 12 euros, and volunteers are also welcome to join in as tour guides.

Let Us Entertain You