RUG is ahead of the pack in East Asia

Tjalling Halbertsma worked in East Asia all his life. However, he returned to the Netherlands for one job: the new master East Asia Studies. 'The University of Groningen was really way ahead of its rivals.'
By Melanie Wimmer

How have some East Asian countries achieved such economic growth and global prominence in so little time? What are the implications of their rise for Europe and the wider world? The new Master’s in East Asian Studies teaches the achievements, opportunities and challenges facing East Asia.

Students can start this English-taught Master’s in September. The very best feature? The chance to study at top universities in China, Japan and Korea.

When he was at university, Asia was not a common destination for students at all. However, after his stay in China, where he studied for his PhD, ‘everyone’ told him it was a very sensible choice. A remarkable change.

‘Our mindset has changed towards East Asia, from it being highly exotic to it being the future,’ says Tjalling Halbertsma, International Director of the new Centre for East Asian Studies Groningen (CEASG).Now he wants to show students the opportunities that are available in the region.

Halbertsma has the necessary expertise. Not only is he an anthropologist, with a PhD on the lost heritage of Mongolia, he has also studied law and advised politicians on elections in Mongolia. He has worked for charities, NGOs and done consultancy work in China.

In 2008 he helped set up and run an office in Mongolia as the first diplomat the Ministry of Foreign Affairs had posted to the capital, Ulan Bator. In addition, he has written a variety of books on East Asia.

As the Netherlands is the second largest investor in Mongolia after China, trade promotions are very important. ‘More and more Dutch companies are eyeing Mongolia, as it is a booming economy. The region always had a reputation as a far-away place, but suddenly it has become an attractive economic destination.’ 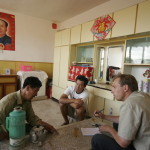 Then, in 2012, the University of Groningen showed up. Halbertsma was surprised. He had seen various businesses looking at Mongolia: banks, logistic companies and agricultural businesses. Then, suddenly, there was this university from the Netherlands. ‘Groningen was the first of the pack to go out there. It dawned on me that the University of Groningen was really way ahead of its rivals. It saw that countries like Mongolia had a big problem educating their young people and needed support from outside the country.’

Indeed, the University of Groningen not only travelled to Mongolia to recruit partners but also students. ‘If you arrive somewhere early with a long-term approach, you make progress,’ says Halbertsma.

Now Halbertsma has started his first job in the Netherlands – at the University of Groningen – setting up an East Asia specialization and a chair for East Asian studies, with the focus on contemporary Mongolia. It is the first chair related to Mongolia in the Netherlands. ‘It’s a niche topic, but it’s somewhere that Groningen has made a difference, by doing something that others haven’t done.’

East Asia is not a threat

For students at the University, this has great advantages. East Asia is a booming region with a need for educated workers. Also, there are opportunities for students to work in East Asian companies in Europe. ‘It may be far away in our thoughts, but I’m sure we will see many more East Asian companies coming to Europe. It’s not a threat, it’s an opportunity. We should teach students to grasp these opportunities,’ says Halbertsma. 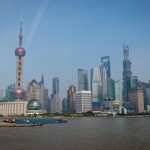 His new specialization in East Asian studies aims to teach students what is happening in political economies in East Asia today. Why is this region booming? What does it mean for us in Europe? What are the challenges? ‘We are used to seeing the world from a European point of view, but to see it from an East Asian perspective is very important.’

Halbertsma hopes that in the future the University of Groningen will have extensive East Asian studies, including Chinese languages. According to him, there is an interest in Asia in the Netherlands. For example, pupils can now choose both upper and middle school exams in Chinese. Who will teach these pupils? ‘This may be an opportunity for Groningen,’ says Halbertsma. ‘It’s time that we opened our doors for these studies as well.’

Tjalling Halbertsma also travelled Mongolia with Redmond O’Hanlon in the footsteps of Russian explorer Przewalski. Check out the episode of O’Hanlon’s Heroes

To Mongolia in a Fiat