Looking for a nice destination for your summer holidays? Maybe these students can help you figure out where to go. Here they talk about their home cities.
By Leonie Fransen 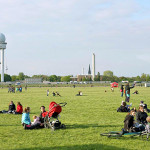 ‘The main attractions are the Brandenburger Tor, the Bundestag, the Fernsehturm and the Potsdamer Platz, but they are boring, so just go there, take a photo and wander off to more interesting places, like the Museum Island or the Berlin Wall.

The best spots are hidden. A true Berliner wouldn’t tell you where they are, but because I’m an extremely friendly Berliner, I will tell you two of my favourites. You should definitely visit Tempelhofer Feld in summer, an abandoned airport which has been transformed into a big park. For a nice café, I suggest Sommerhaus, Hufelandstraße 47. It’s nice and cozy for a good Sunday afternoon coffee, is owned by three sweet girls and located just next to the lively Volkspark Friedrichshain.’ 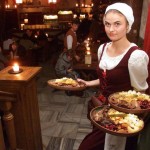 ‘Our crown jewel is the enchanting old town with its cobblestone roads, different churches and people from all walks of life. However, exploring other parts of the city is highly recommended (it’s best with a local resident!), as the contrast between the urban Soviet areas and the modern city centre is a visual representation of the development our country has undergone since independence.

Must visit: an area called Kalamaja, built mostly during our first independence at the beginning of the 20th century, has recently become a neighbourhood for artistic people. For the ultimate in Estonian nature, take a walk down a track made of wooden planks through one of the marshes that make up a fifth of the country’s land. Eat at the medieval restaurant Olde Hansa in Tallinn and enjoy a range of different foods – from potatoes, sauerkraut and salmon to wild animals like boar, elk and even bear.’ 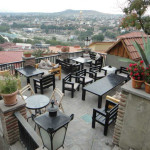 ‘Tbilisi is the largest city in Georgia and its capital. For those who like electronic music, I suggest Café Gallery, which is situated in the city centre on Rustaveli Avenue, or Mtkvarze. 144 Stairs Café, in the old part of Tbilisi, is also an excellent place with an amazing view.
There are also lots of restaurants which are open 24/7 where you can eat Georgian food, including Maspindzelo and Machakhela. When you visit Georgia, you must taste the local food. I would advise everyone to try khinkali, mtsvadi, khachapuri, lobiani and Georgian cheese.’ 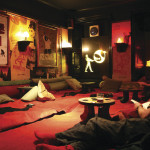 ‘George Street is the place to go at night. It has lots of beautiful bars, but they are quite expensive. I prefer Bar Kohl, a cool shots bar. You can get hammered with shots that taste like pancakes, for instance. I don’t know how they do that!

You should eat at the Montpelliers brasserie in the Morningside district. It’s French. Brass Monkey is a bar where you can watch films lying in a bed and just chill out. How awesome is that? My main tip is to visit the city in August during the Edinburgh Festival. It’s massive. They turn all the streets into pedestrian areas and you can see famous artists walking down the street. It’s amazing.’ 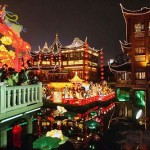 ‘China is rich in heritage, which reflects the peerless beauty of Chinese culture. It is very different from western culture, a truly special experience. Shanghai is an international metropolis, where you can find almost everything from every corner of the world, ranging from food and entertainment to culture, language and costume. It is also the financial centre of Asia.

A lot of giant multinational corporations have offices in Shanghai, so there is a strong business atmosphere. As for the main sights, the Oriental TV Tower and World Trade Tower are good places to visit. However, Yu Garden is my top tip, as you can eat numerous kinds of traditional food there surrounded by typical Chinese decorations. The garden itself is a cultural centre of Shanghai.’

The best way: to get a bike