‘The city should be proud of our beer’

Going out to a bar and ordering beers you brewed yourself; this is something Emiel Swierstra can cross off his bucket list. The Martinus brewery recently opened its doors at the Kostersgang. The 28-year-old history student talks gladly of his involvement in the family company.
By Koen Marée / Translation by Sarah van Steenderen

Swierstra is hiding his hung-over and sleep-deprived eyes behind fancy sunglasses. Exams are over, so he has been out drinking – his own beers, of course. But he brightens up a bit when he hears that his father, Albert-Jan, is just about to start a tour that we can join. That gives him another half hour to wake up.

If you were to walk around the building blindfolded, you would think you were in the Negende Cirkel or ‘t Gulden Fust. All the spilled beer causes your shoes to stick to the floor. This was the first industrial building in Groningen to be rebuilt after the Second World War, says Albert-Jan. First it housed a stove factory, and then a printing business. He took over the printing business approximately twenty years ago.

Jack of all trades

The tour starts on the ground floor, where the production process takes place. The brewery can brew between ten and twelve thousand litres of beer a month. The fermentation process takes place in large tanks. In the back, the kegs and bottles are labelled, filled, and sorted. On the first and second floor, there are seating areas where you can taste the beer while you inhale the smells of fermentation. That is just about as fresh as it gets.

Emiel talks about the brewery enthusiastically. ‘A few years ago, my father’s printing company was in trouble because of the economic crisis. We had to take on jobs below cost, but there was nothing left to be done. My little brother Martijn went to the beer university in Leuven and did all kinds of internships. He owns the place, together with my parents. Vincent, my other brother, and I are the jacks of all trades. I mainly work in distribution.’

‘Martinus is great not just for the family, but for the entire city.’
The family made a definitive change. The printing press was sold in order to pay for the kettles. The building also underwent substantial renovation. ‘We stripped the whole place bare. People told my dad to turn it into student housing. But he was dead set on starting something new, even though he is 62 years old. The printing business caused him so much stress. That’s completely different now. I’ve never seen him as happy as he’s been the past few months.’

Emiel did help with the renovation, but he also started studying history after the summer. ‘I did the same thing in Groningen ten years ago, but then I quit after a few weeks. The past few years I was trading in stocks, playing poker, and I had a small business in Christmas parcels. I made tonnes of money, but I really want to make a change and come back home. I want to continue what I started, because I enjoy studying. Learning how the world works is a good thing.’ 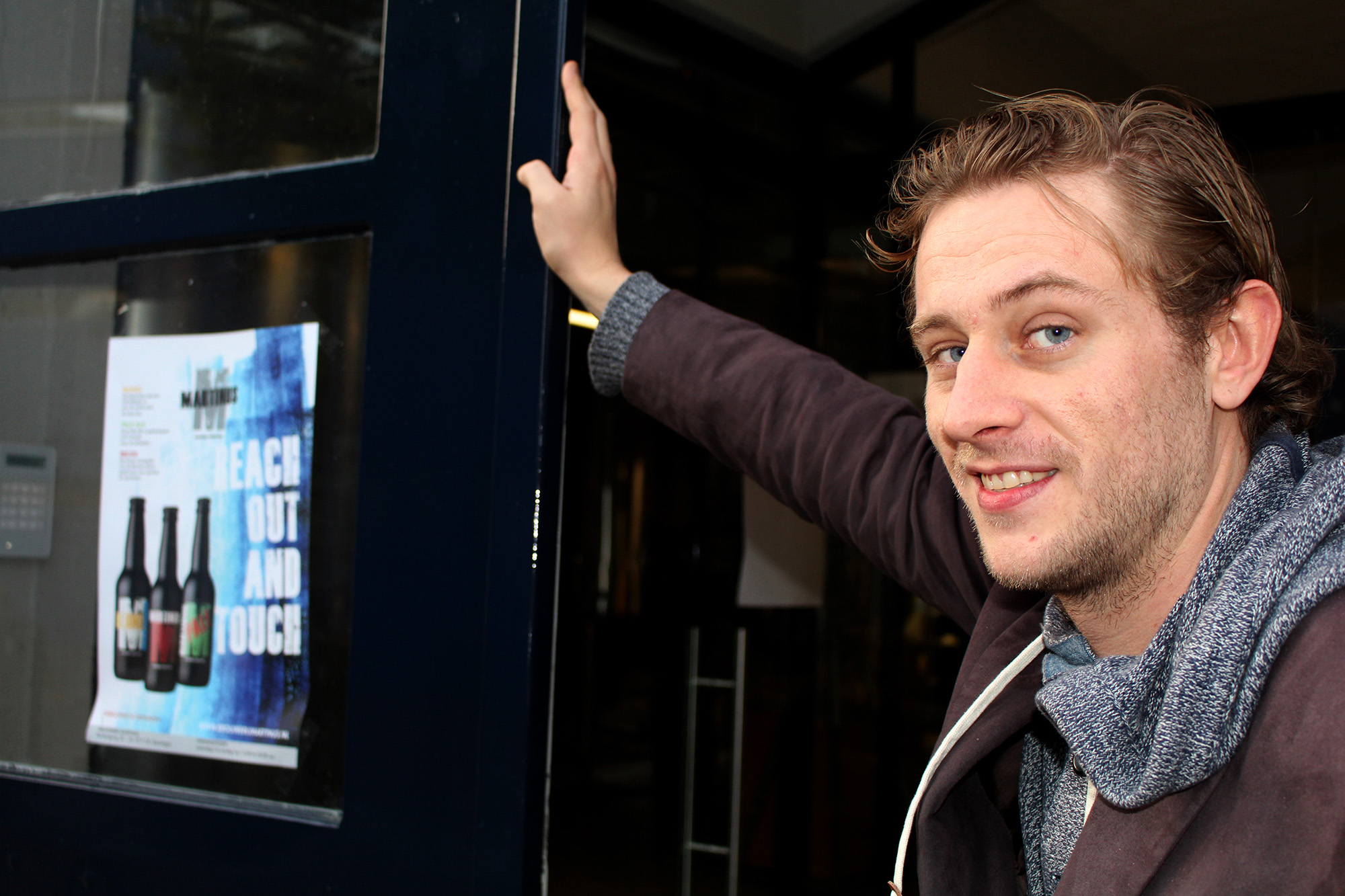 ‘I also simply didn’t want to miss setting up the brewery. I can work as much as I want to, because there is plenty that needs doing. Martinus is great not just for the family, but for the entire city. Right now, we are the only brewery in Groningen that is located in the city centre and actually brews there. Besides, everybody can just walk right in; we purposefully tried to create a homey atmosphere. By the way, our logo actually references the printing business. It was inspired by the style of local printer and artist Hendrik Werkman.’

In the foreseeable future, he will be spending a lot of time driving around with the Martinus kegs and bottles. Slowly but surely, the brewery is becoming known to the Groningen hospitality business, and residents are finding out about it as well. The official opening took place on 14 November. ‘Soon, I want to invite my class to come have a look. I think they’ll be very enthusiastic. The best thing would be if the entire city is proud of the brewery and that people would tell tourists to come to Martinus. Yes, that’s the ultimate goal.’ 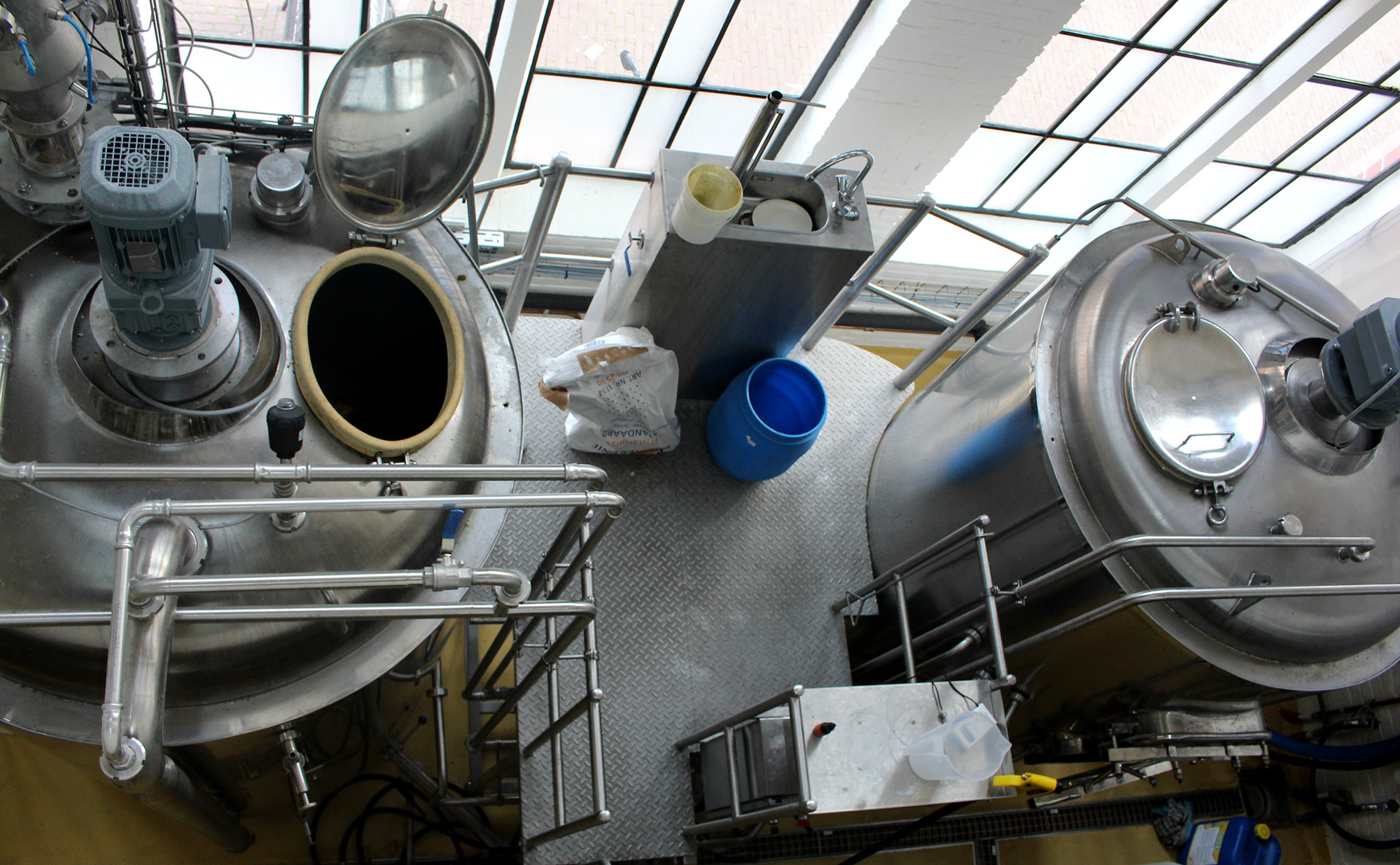