The Dutch are expected to be spend 430 million euros on Sinterklaas gifts alone this year. But why do we even give gifts? And how do you avoid going broke in December?
By Christien Boomsma / Translation by Sarah van Steenderen

Why do people give each other gifts?

First of all: getting or giving gifts is simply quite nice. It not only makes the recipient happy, but the giver as well. You can see this in young children, for instance in a toddler with a mud pie.

But it’s not just that. Gift giving is a way of cultivating social relationships. A gift says, ‘you are important to me’. ‘That’s also why people tend to give their loved ones ridiculously expensive gifts. It’s a dependable signal that shows the value of your relationship’, says RUG sociologist Jacob Dijkstra.

Nothing wrong with that, but there is another, darker, side to this story: you are indebting the other person to you. ‘And that’s a great feeling’, says Dijkstra. ‘Your behaviour and willingness to give create credit for you to use whenever you need it.’

So that is why people often say ‘You shouldn’t have’, or why they quickly want to return the favour. ‘The recipient wants to reciprocate quickly, while the giver wants to postpone this. This creates a latent conflict.’

That means that people who expect a lot of change in their lives give other people many more gifts. That was demonstrated in a study published in the Journal of Public Economics. They are creating an advance on the credit they think they might need. 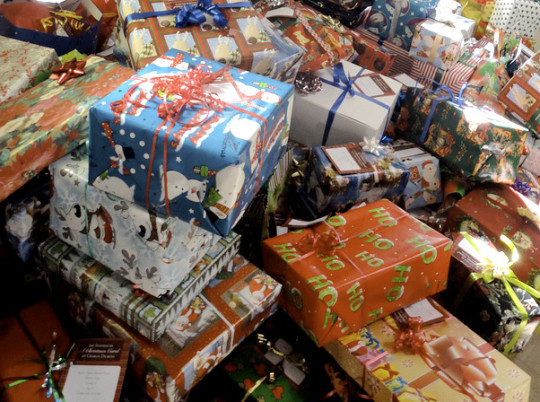 Why do we get so hysterical in December?

The December madness is not the same as ‘simply’ giving gifts. After all, we are all giving each other a massive amount of gifts, so the concept of credit does not seem to apply here.

This hysteria is not unlike a potlatch, say Dijkstra. This is what anthropologists call the meetings held by tribal leaders of native North Americans during which slaves were beaten to death, enormous amounts of food were burned and valuable gifts were given to their rivals, which were then also destroyed. Whoever was able to throw the most things away obtained the highest status.

Sinterklaas is also a status competition, at least partially. ‘It’s a way of showing each other how much you can afford’, says Dijkstra. ‘That doesn’t necessarily have to mean money. You can also make an extra nice gift package or write a perfect poem.’

We might not give each other gold or slaves, but we raise the value of the gifts by talking about how busy we are and how we really cannot afford to take part in the festivities. ‘Which actually makes the book that you bought more valuable.’

That competition also makes it very hard to stay within the budget, Dijkstra thinks. You might want to stick to it, but what if others do not? ‘There is a great fear of appearing cheap. It makes you look miserly and sends out the signal that you don’t care as much about the relationship.’

Why do you always buy too much?

Blame marketers! They make you buy more than you had originally planned by making you feel like you have to buy now. ‘Especially during the holidays, there is an enormous scarcity cue’, says professor of marketing Bob Fennis.

Scarcity? Even though all the stores are bursting with products? Indeed.

There is a great fear of appearing cheap’
‘There is a limited time period during which you need to act’, Fennis explains. ‘Marketers respond to this quite cleverly by offering products with a limited availability. Moreover, not just you, but the entire world is out to buy things. That increases the illusion of scarcity and makes you vulnerable to impulsive behaviour. It’s a dangerous mix.’

You need to have quite a bit of self-control to withstand the madness. But it is that self-control that abandons you after hours of shopping. That is because it takes energy. ‘You set out with a lot of energy, but halfway during your shopping trip, you’ve expended half of that and you become more sensitive’, says Fennis.

Good for store owners, not as great for you.

How do you avoid going broke in December?

Luckily, there are tricks to prevent you from spending your entire month’s wages by 5 December. The key? Make sure to maintain your level of self-control.

You can also apply so-called ‘implementation intentions’. That sounds complicated, but it is surprisingly simple. You have to make an ‘if-then plan’, says Fennis. ‘For example: if I enter the V&D in the days leading up to Sinterklaas, then I’ll only pay cash.’ ‘That way, you can be sure to never exceed your budget.’

So what is the perfect gift?

Finding a proper gift is not that easy. After Sinterklaas, Marktplaats is bursting with unwanted gifts. Highly inefficient, economists say. So how do we prevent this?

‘A proper gift is something close to you’, says RUG professor of economy Adriaan Soetevent. ‘It has to be something personal. A chocolate letter won’t work. There are already too many of those. The new album by Adele is a good start, but that one Terence Trent D’Arby album missing from someone’s collection, that’s truly specific.’

A gift like that sends the right signal: I know you well and I listen to you. Even when it is not Sinterklaas. ‘But it can also end up a failure, of course,’ he professes. 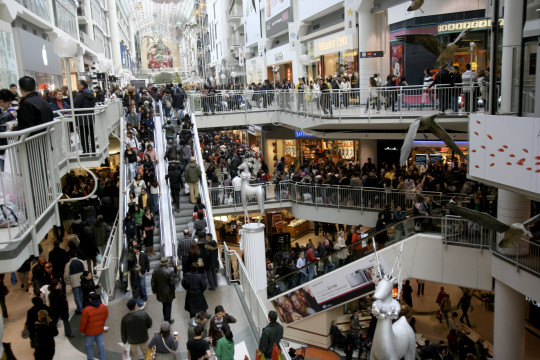 That is why gift certificates are a safe bet. ‘Money usually ends up in a pot’, says Soetevent, but a gift certificate is more personal, and if you add a personal message – ‘Now you can buy that Arnon Grunberg book’ – it is often used for a personal purchase. And it certainly will not end up on Marktplaats.

It also turns out that there is a difference between men and women. Namely, women are better at emotional gifts, such as a city trip. Or they will bake someone a cake. ‘Something with which you give someone a part of yourself’, says RUG sociologist Jeanine Weeting. ‘Women are also better at picking up on emotions.’

That is why they will end up being happy getting a vegan carrot cake, even though they secretly love butter and honey. ‘Women understand the message ‘I have made an effort and wish you something to your health’. Men are simply not as good at picking up those signals.’

In other words: just give men whatever is on their list, just to be safe.