What's happening at the university? Afraid you missed anything? Here is your weekly update from 6-12 March.
By Traci White 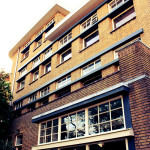 The RUG is recruiting students for the University College, a new English-language Liberal Arts and Science major. Classes will be held in a renovated historic building on the Hoendiepkade.

Students in the program will also eventually live in the same housing together. The apartment units will have private entrances with separate living quarters but the intention is for the students to get to know each other and share ideas in the common rooms. In September the first 50 students will start the program and the deadline to register is 1 June.

RUG students want the library to themselves 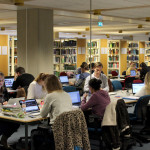 The University Library is breaking visitor records but up to 10 percent of attendees don’t study at the RUG. Students of the Hanze University of Applied Sciences, city residents and high schoolers also use the library and some RUG students are not happy about that.

Renovations starting in September will add more than four times as many study spaces which will help the UB remain available to everyone. RUG student group Calimero asserts that the raison d’être for the UB is to provide for the RUG students, but the Hanze Student Affairs Union argues that all students need a good place to study. 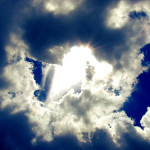 A doctoral student at the University of Wageningen had to remove a line thanking God in his thesis before he would be allowed to graduate.

The dean of the school decided last year that religious references would no longer be allowed in doctoral theses, but agricultural technology PhD student Jerke de Vries still insisted on including the line ‘My Father God, thank You, it’s the most wonderful thing to be loved and honoured by You’. De Vries wound up having to rip the pages with the references out of the thesis before he could have his graduation ceremony. 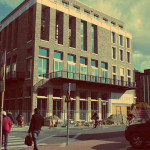 An average city resident will symbolically open the doors to the new Vindicat location on the Grote Markt.

‘Every one of Vindicat’s 180 members received 10 keys to be given out to city dwellers that have some connection to the house’, explains Vindicat president Marc Boom. ‘1,800 keys will be given out and one of those keys will open the door. The recipients can try their keys between 12 and 14 March, and the person who has the right key will win an iPad and VIP treatment at the opening ceremony which will be held in May or June.’ 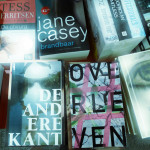 Six students and four RUG employees are finalists in the UK writing contest. All ten finalists will be published in a ‘For Infinity’ bundle and are competing for the two grand prizes of 500 euros for the best English- and Dutch submissions.