In late June, members of the University Council were overwhelmed by RUG board president Sibrand Poppema. Before they knew what was happening, the council had consented to ‘Yantai’. Now, they are dealing with the hangover.
By Peter Keizer / Translation by Sarah van Steenderen

Jan Visser and Jan Blaauw both agree that Poppema played a very clever game. The pair has left the University Council after four years, but the ‘dramatic’ Yantai meeting is still at the forefront of their minds.

After all, it came as a complete surprise. All the council members wanted to know was to what extent they had a say in the plans to build a campus in Yantai. And before they knew it, president Poppema had granted them the right to consent.

‘Obviously, you can’t send any idiots to Yantai.’


The personnel factions were not quite as eager to vote yet. Instead, they wanted more information. Poppema, however, did not want to wait and had the student factions on his side. And that is how the plans for the sister campus in Yantai were passed both quite rapidly and with a substantial majority. Student factions SOG, Calimero, and Sterk, together with staff member Jitse van Dijk, voted in favour (a total of thirteen council members). Council chairperson Hilly Mast was the only one to vote against. The five remaining members cast a blank vote.

You are still bothered by the meeting that took place in late June. Fraction leader Bart Beijer had it specifically entered into the minutes that the meeting was not the most elegant. According to him, it was hectic and confusing. What is it that still bothers you?

Visser: ‘I’m often asked why we consented to Yantai. But the thing is, we didn’t; it’s the students who consented. I also think that a lot of the employees involved in this are dismayed at the fact that staff will be leaving their faculties, when we need good people here. It’s likely that all the good people will be sent to China. You obviously can’t send any idiots. So what is left?’

Blaauw: ‘What stings in this Yantai business is the fact that there was no attempt at a course with a broader support base. The board was just content to accept the most minimal version and to be honest, I find that disconcerting. I don’t understand why a university board would want that. They only received explicit support from just one of their employees. If that is the attitude toward university democracy, it’s a bit sad. If someone just goes: if need be, we’ll just take the students’ majority and that one staff member and be done with it.’ 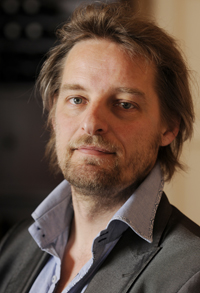 ‘Yantai might work out. But the way you get it done is very important, because you need it to build trust. People at the economics and business departments are saying that the board could have gotten many more people on their side if they had only provided more information at key moments. If they had just explained things a bit more. Then they would have had a much larger support base, and a greater chance of success. They didn’t do that, and so they invited the reverse.’

Visser: ‘What’s happened now is that a decision has been made and people just have to agree after the fact. And who are the people that have to bear this? It’s not the students, but the employees.’

When it comes down to it

But weren’t you granted the right to consent concerning the campus in Yantai, when originally you were only there in an advisory capacity? Was that not enough?

Visser: ‘It may have looked like he was giving up a lot, but he wasn’t. He did a headcount and knew perfectly well that including the students, he would have a majority to support his plans in China.’

Blaauw: ‘The students have had a one vote majority all year. This could have been capitalised on easily, but that hardly ever happened. Only in the last few months did the Board of the University pay closer attention to that. There is a connection between that and the importance of the Yantai case. Apparently the sense of urgency within the Board of the University was so great that they accepted this way of doing things. And there’s something wrong there. I do think this will damage things; the university’s traditions of co-determination, and their own organisation. Why would they have structures like this in place when, when it comes right down to it, you do something like this?’

‘But that is a difficult game’


‘The Board of the University is angling for the result they want. How they achieve that result is only of secondary importance. I think we can say that much. That is not a risk-free way of doing things. I’m not trying to sound like a sore loser; I can understand the student factions. They see a good deal, so of course they have to pursue it. That’s fine. It’s just that in this specific case, there was a lot at stake.’

You were shown the budget for Yantai during a confidential meeting. Now, many council members are complaining that the numbers – projected onto a screen several metres away – were hardly visible. Was that a strategic decision?

Visser: ‘I don’t think that was a strategic move. But it would have been more elegant if we had been able to see the numbers on paper. As it was, we could hardly read it.’

Blaauw: ‘The thing is, we only got that information at the very last moment. Maybe it wasn’t available sooner, but we didn’t get any time to think about it. We got to look at it from a distance, and then we were supposed to do something with it.’

Visser: ‘They said, ‘You’ve all seen it, right?’ All it did was give us a quick impression.’

Blaauw: ‘That is why so many of our people cast a blank vote. They were unable to decide whether they were for or against, because they didn’t have a proper overview. And so the train just rushes on. I think that’s a shame.’

Visser: ‘We all think that’s a shame. I feel kind of cheated, overwhelmed by the board president’s eloquence.’

Shouldn’t you have tried to make that clearer? 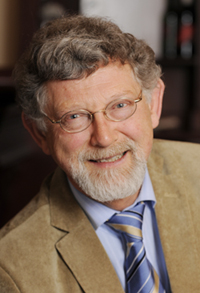 Visser: ‘The funny thing is, you end up giving the Board of the University the benefit of the doubt. Poppema is so eloquent and so good at overwhelming you with arguments, that you’re not sure how to react. On top of that, the plan is often already set in stone before it even reaches the University Council. You can only seldom make even the slightest alterations.’

Blaauw: ‘I do think we did that. If you look back at the communications, including the confidential ones, you can see that we drew a consistent line.’

Blaauw: ‘Antoon de Baets (editor’s note: council member and professor of history) once described Poppema as an activist. He is quick, assertive, and has enormous case knowledge. He’s also willing to get tactical. That shows how difficult it is. That’s no excuse, but you can see how difficult it is when you only have part-time co-determination and you have to confront full-time directors of this calibre. Looking back, we have been consistent and constructive concerning Yantai. But that’s the hangover: we don’t feel that we got enough in return.’

‘We are not shedding crocodile tears’


‘That leads us back to the Board’s style. To be honest, I think the question should be reversed. Can the Board of the University stand up against co-determination?’

Visser: ‘You do get the feeling that, concerning Yantai, the decision’s already been made. The Board of the University always knows more than we do. We have to chase down that information before we hear anything about it.’

Blaauw: ‘It doesn’t bother me as such that they have that advantage when it comes to information, we just have to try really hard to match these efforts. But that’s a difficult game.’

‘Besides, during the meeting, Poppema very skilfully reduced the entire case to a matter of trust. He went about it in a really clever way. He granted us the right to consent right there and then and then asked: do you trust us to start seriously negotiating with these people?’

Visser: ‘We’re not shedding crocodile tears. But we don’t feel good about what has happened. Did we do anything wrong? No, we consistently asked for background information. But, looking back on the entire period, there have been other occasions when we were outdone by the board president.’