No way you’d eat a maggot in your meatball, but you have no problems with the sperm, saliva or other bodily fluids of your sex partner. That’s odd when you think about it. Professor of experimental psychopathology Peter de Jong thought so too. So why don’t we find sex disgusting – at least most of the time?
By Anne Carlijn Kok

That’s easy, says De Jong. ‘When you’re turned on your level of disgust about the hair, sperm, sweat or other bodily fluids of your bed partner is temporarily reduced. That means you do things that you normally wouldn’t. Once the excitement is over, however, they become disgusting again. Or at least more disgusting than when you were busy with them.’

You can even find sex disgusting, states De Jong. ‘Just think of having sex with your brother or sister, or with someone who doesn’t take care of themselves, or someone you don’t find attractive. By far the majority of people are turned off by that.’

De Jong became fascinated by the ‘forgotten’ emotion of disgust when he was researching arachnophobia, the fear of spiders. ‘Hardly any research has been done on this emotion, and in fact we are hardly ever disgusted. People are mainly frightened of spiders. What we missed was the fact that they could also be disgusted by them.’ 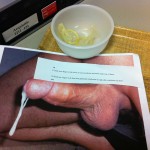 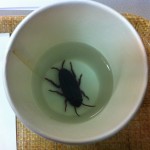 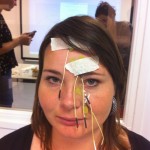 He scrunches up his nose and the muscles in his cheeks rise. ‘That’s what disgust looks like’, he says. ‘Some test subjects were so frightened of spiders, they found them so disgusting, that they pulled these faces.’

This fear can come from the fact that spiders can move and can touch you when you’re not expecting it. ‘We think that is disgusting, and arachnophobia could thus be a fear of being touched by something disgusting.’

Disgust is an evolutionary tactic to avoid disease and bacteria. ‘The bodily fluids of another person can make you ill. It’s not great if someone else sneezes in your face. So why do you not think of that when having sex?’

In order to investigate this, De Jong registered the muscle movements in the faces of test subjects. He divided them into three groups and showed each group a different film. One group watched a train travelling through the countryside, another watched someone skydiving, and the third was shown a sex film.

After the film the test subjects were given short tasks, disgusting tasks like picking up a bull’s eye, smelling dirty underwear, drinking water from a glass with a cockroach in it, and touching ‘used condoms’.

People who were sexually aroused were more inclined to sniff the dirty underwear or touch the used condoms, the tests revealed. ‘The group that had watched the sex film were more likely to perform the tasks we had thought up than the other groups’, he explains. ‘Sexual arousal thus reduces your feelings of disgust. This result will help us to better understand sexual problems, for example.’

And provide help, De Jong hopes. ‘Our research is clinically relevant. We show that sexual problems are also related to disgust and, as proved by the tests, that they are sensitive to context.’

He is currently preparing a research project that will tackle sensitivity to disgust in sex therapy. ‘We will investigate the question whether sexual problems are mainly due to disgust or to insufficient arousal. Or both, of course.’