As of Monday afternoon, only a little more than 20 per cent of students had voted in the University Council elections. That is an all-time low.
By Peter Keizer / Translation by Mina Solanki

‘Last year, 20 per cent of students had already voted 36 hours after the polls opened, but this year, we have only reached that number after five days’, says SOG president Alexander van ‘t Hof. Nathalie Niehof, president of the Lijst Calimero faction, also finds it troubling. ‘If the elections end with less than 30 per cent of students having voted, then the University Council will not be a reflection of the student population.’

The digital election polls will close at 5 p.m. on Tuesday. Last year the turnout percentage was just above the standard of 30 per cent, most likely thanks to the occupation of the Maagdenhuis, which kept student and staff participation in the national news for a long time.

‘This year, there aren’t any national issues’, says Van ‘t Hof. ‘But it is also quiet at the faculties. We are present all over the place, but there are fewer students walking past. There are also a few lectures which have been cancelled at various faculties.’ The weather has also played a part, Niehof thinks. ‘If it is raining, people walk past even quicker.’ 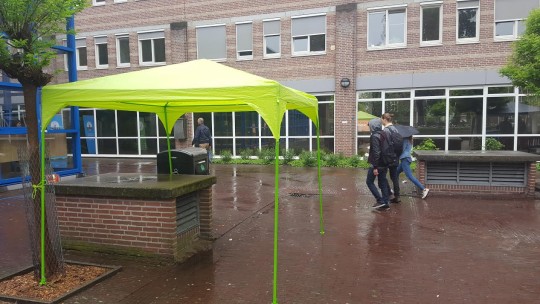 But the underlying problem is most likely that students simply do not know who the parties are and what they do. Van ‘t Hof says, ‘The most frequently asked question during the campaign is: ‘What is actually the difference between the parties?’ We do not want to speak badly of the other parties, but we are the party with the most concrete plans and results. We aren’t just making things up.’

‘We pull out all the stops during the campaign’, says Niehof. ‘What more can you do without it becoming annoying? We cannot do much more.’

The RUG does pretty well nationally speaking, says RUG spokesperson Gernant Deekens – this despite rector magnificus Elmer Sterken calling a turnout of 30.9 per cent ‘outrageously low’ two years ago. ‘At least half of the students should be behind the University Council’, he said at that time.

‘We send two emails to all students each year. This year, for the first time, we made a video explanation. We brainstorm and work together with the parties’, says Deekens. ‘We hope that the turnout will be as high as possible.’ 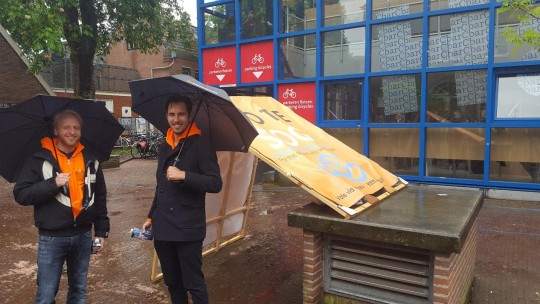 ‘You cannot force people to be interested’, says personnel faction president Bart Beijer. ‘Many students probably don’t realize that many of the issues discussed in the University Council also affect them, such as diversity of study programmes, master’s selection procedures and digital tests, et cetera. Even Yantai affects students, if you think about the quality of diplomas and – indirectly – the workload of the staff members in Groningen.’

The student factions are nevertheless holding out hope. Niehof: ‘Last year, we started off with lots of votes, and then interest dropped off. I think that students will still vote in the last days of the election.’