Master’s student Homer Wagenaar is calling for the RUG not to start a campus in China.
By Peter Keizer / Translation by Mina Solanki

‘With this climate, it will be impossible to guarantee the academic freedom and values of our university’, writes Wagenaar in a letter to the Board of Directors, faculty deans and the University Council. He is asking them to reconsider the plans for the sister campus in Yantai. ‘We should not turn a blind eye to the current trend in China towards ever growing oppression’, he writes.

The modern history research master’s student is concerned about what his diploma will be worth if the RUG sets up shop in China. ‘Our prestige and income will likely increase with overseas branches, but both are ultimately based on the preservation of our intellectual integrity. If that is in danger, prestige becomes disreputable, with unforeseeable consequences’, he adds. 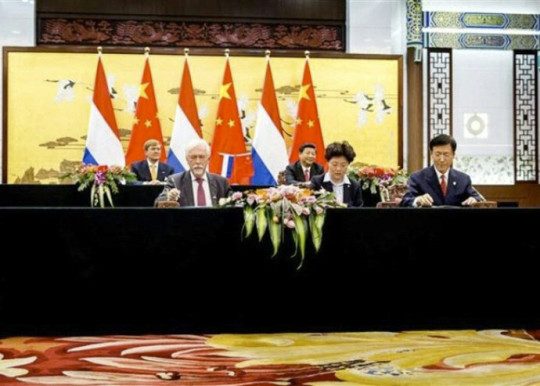 Wagenaar refers to an article in The New York Review of Books warning of the increasing censorship in China and the suppression of journalists and critical professors. He says he is trying to ‘appeal to the good sense’ of the University Board in the hopes that they will abandon their plans.

According to RUG spokesperson Gernant Deekens, the Board has received the letter. ‘The Board of the University appreciates the concerns of the student and will give an in-depth response.’

In March, the university’s relationships with China, Japan, Brazil and Saudi Arabia were discussed in the University Council. The Personnel Faction asked the University Board to pay close attention to the human rights situation in China and Saudi Arabia. At the time, rector magnificus Elmer Sterken said, ‘We are working together with the universities, not the governments.’

Sometime in the coming autumn, the University Board will publish an update about the RuG’s international strategy.