What's happened in week 38? The RUG rises in rankings, the UB is under construction and Bommen Berend will be a working day.
By Traci White

RUG rises in the rankings 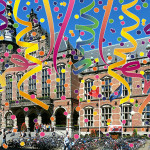 The RUG has moved up seven positions in the QS rankings to 90th position, largely due to an increase in international students and the number of scientific citations per staff member.

Last month, it was also made known that the RUG rose 10 spots in the Shanghai ranking, from 92 to 82. The rankings are crucial for the RUG in attracting international scholars: some countries will only provide scholarships for students attending universities in the top 100.

UB under construction until 2018 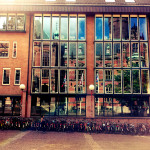 By 2018, more than 500 extra study spaces will be added to the UB, including computer workspaces with outlets, group work spaces and quiet rooms. A bike garage will also be built underneath the building. Each floor will have its own coffee café, including a rumoured Starbucks on the ground floor.

Soon, students will use an automated system to check out and return books 24 hours a day. Construction will happen overnight and will stop during exam periods. Although plans for a green façade won the Green Mind Award this summer, that appears unlikely: climbing vines could damage the brickwork. 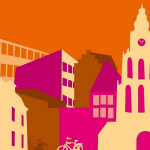 Later today, the student housing organization SSH will officially shake the hands and sign the contracts to take over the Housing Office from De Huismeesters. The takeover will officially start on 1 January, but SSH has already begun working with the RUG and Hanzehogeschool on plans for new accommodations.

According to plans, several old student houses will be replaced, but that will likely take several years to complete. Currently, the Housing Office has 14 facilities for housing international students, but it is not yet known which ones will cease to exist and how many new houses will be built.

One less day off 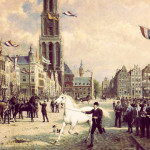 The RUG wants to do away with the vacation day on the Groningen Siege holiday, better known as Bommen Berend. Instead, they want university buildings to remain open on 28 August. According to a RUG spokesperson, it’s nothing more than an idea at the moment, but the University will soon discuss the matter with the unions.

The RUG isn’t the only one planning to get rid of the day off for the Groningen holiday. Municipal employees also have to work on 28 August from this year onward, and the Hanzehogeschool remains open as well.

Route to Zernike is dangerous 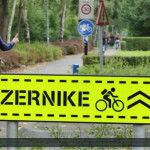 The RUG really wants students to bike along the newer, smarter routes to Zernike. That’s swell, but how safe are the routes, exactly? Well, they fall a bit short, as you can see in this UKtv film – especially if you’re 80 and getting around with a walker, the bike and car traffic around the Eikenlaan is downright hazardous.

But improvements are on the horizon. The city is investing money in the new bike routes: they will be made wider, and the intersections at the Eikenlaan and the Pleiadenlaan will be addressed. That’s not so much to ask, is it?