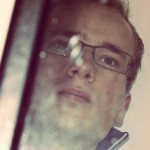 Erik studies in the Faculty of Spatial Sciences and is doing the Regional Studies research master. He was supposed to have taken an exam at the Technical University of Delft on Thursday and afterward board a train to Groningen to volunteer during the Let’s Gro festival, but he never arrived.

The police have examined the activity on his OV card, which revealed that after he left Delft, he was in Rotterdam, Horst, Schiphol, Amsterdam and in Hilversum, where the trail ends at 7 a.m. on Friday. If you have seen Erik, contact the police at 0900-8844. 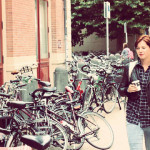 President Poppema sees converting the Academy Building parking lot into double decker bike parking as a way to solve the bike problems in the centre. Students refuse to park in underground storage, and a long row of bikes in front of the UB blocks emergency escape routes.

‘I will happily give up my own parking spot’, he says. ‘We will have to look at how deliveries can be made to the building, but it’s the only solution that I can see – especially during the years that the UB will be under construction, but also for the future.’ 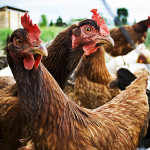 When bird flu broke out this month in the Netherlands, Groningen researchers came to the rescue with a new vaccine. The vaccine’s development was published on 12 November, says pharmaceutical technology and biopharmacy professor Erik Frijlink – two days later, bird flu was discovered in the country.

The vaccine is made from a dead virus that is inhaled as a mist by the chickens, manufactured in powder form and remains viable for years. Researchers at the RUG and UMCG developed the vaccine in collaboration with the Veterinary Institute in Lelystad and the University of Utrecht. 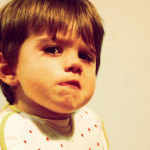 The arts department policy of not granting parental leave to PhD candidates has to end, according to president Poppema. Other faculties at the RUG grant extensions for PhD research as a result of parental leave.

The university council wants all faculties to adopt an approval policy and to make it official university-wide. Arts board member Egon Dietrich says, ‘Of course we would hold ourselves to a uniform policy, but until now, there hasn’t been one.’ However, ‘the more that a PhD position costs, the fewer PhDs we can offer as a faculty.’ 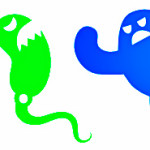 The university council will no longer provide a regular subsidy of 3,000 euros to the iGEM team. Molecular microbiologist and iGEM coordinator Oscar Kuipers says, ‘other universities that participate every year, like Delft, Wageningen and Eindhoven, receive tens of thousands of euros from their universities’.

‘It seems like the RUG wants to be in the top rankings but is unwilling to pay for it’, he says. This year’s team has planned to create a fund in collaboration with the Ubbo Emmmius Fund.

Aletta can stay at Harmonie square 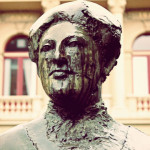 Aletta Jacobs doesn’t have to move after all. Julius Popp’s modern artwork, titled Imagine for Infinity, that was supposed to replace the statue on the Harmonie square will not be allowed to be placed there. The Aletta Jacobs statue was going to be moved in front of the Academy Building to make room for the piece by the German artist.

The municipality would not permit Popp’s art, commissioned for the RUG’s 400th anniversary, to be placed on the Harmonie square. What the piece will look like, as well as where and when it will be installed, remains unknown. 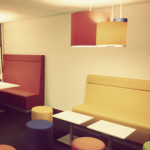 The Faculty of Theology and Religious Studies also opened their study center. The space has been magically transformed, with 30 work tables for students between the now empty book racks. Students are happy with the renovation, but worry it may be too attractive for students from other faculties.