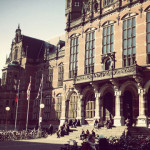 The PhD Network of the Netherlands (PNN), together with seven other organisations, has submitted a petition to the House of Representatives with 4,000 signatures from people opposed to the bursary experiment, which is education minister Bussemaker’s plan to finance researchers via a grant rather than a salary.

‘Not only will PhDs lose their salary soon, but they will also no longer build up a pension fund nor will they be able to take pregnancy leave. It’s a slap in the face to ambitious students who want to get their PhD’, says PNN chairperson Charlotte de Roon. Only Tilburg, Wageningen, Groningen and several faculties at Leiden plan to pursue the experiment. 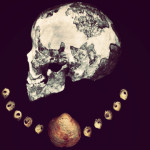 Isotope expert Hans van der Plicht from the RUG’s C14 lab dated the remains of sea snails from Ksâr Akil, a Lebanese site where fossils of modern man have also been found, along with flint, other tools and shells that were used in chains.

The method measures how much radioactive carbon 14 remains in organic material: the older something is, the less C14 it has. Van der Plicht determined that the shells were 45,900 years old, thus proving modern humans were in Lebanon several thousand years earlier than previously thought and used tools before arriving in Europe.

RUG chemist Ben Feringa and several colleagues from the University of Amsterdam – Gadi Rothenberg and Joost Reek – have won two million euros from NWO to capture catalysts in ultra-small ‘cages’. The researchers won a so-called TOP point subsidy which will enable them to employ eight PhDs over the next five years.

The PhDs will research the development of various kinds of molecular cages within which the catalysts will be captured or built. Within the nano cages, chemical processes likely occur more quickly than normal, meaning that they will work more efficiently and become less contaminated. 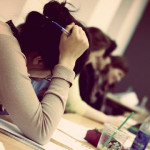 For years, the programme committee of American studies has encountered problems with the incomprehensibility of the English translations of the Teaching and Examination Regulations.

Using terms like ‘progress reports’ and ‘introductory phase’ instead of the literal formulations like ‘binding study advice’ and ‘propadeutic phase’ would be more logical for important documents, according to programme committee secretary Tim Jelfs. However, the Language Centre, the ministry of education and the university board are obligated to use certain terminology. 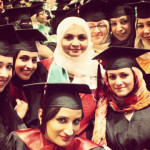 The University of Maastricht is unwilling to accept demands from the Saudi Arabian government that medical students follow an at least partially Dutch language programme and only do their internships abroad in certain locations. As such, the school will no longer teach students from the King Abdullah Scholarship programme, worth 32,000 euros a year.

RUG spokesperson Riepko Buikema says that a similar programme in Groningen is not facing those issues. The bachelor programme here is taught in English, but students who want to follow the master must learn Dutch in order to eventually do their residencies in the Netherlands.

Lousy VICI round for the RUG