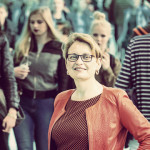 For the second year in a row, the RUG has delivered a Spinoza prize winner. On Friday morning, it was announced in The Hague that genetics professor Cisca Wijmenga had won one a Dutch equivalent of the Nobel prize.

Wijmenga, who has been a professor at the RUG since 2007, researches the genetic background of gluten intolerance or Celiac’s disease. She will spend this summer deciding what research to allocate the prize money on. Last year, migratory bird professor Theunis Piersma was one of the winners of the 2.5 million euro prize from research financier NWO. 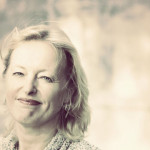 After a motion from representatives Paul van Meenen (D66) and Jasper van Dijk (SP) to abandon the bursary experiment plans was dismissed by the VVD, PvdA, CDA and PVV in the House of Representatives, the experiment will officially proceed.

Education minister Jet Bussemaker wants 2,000 PhD candidates to receive a grant instead of a salary for eight years. That structure means universities do not have to pay employer costs or pension funds, saving one-third of the normal costs of employing a PhD. Bussemaker hopes the experiment will allow Dutch students to remain in the Netherlands while doing a PhD. 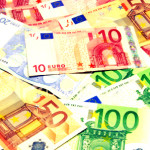 An RTL Nieuws investigation revealed Dutch university board members declare luxury items as write offs, at times circumventing the law in order to do so. For example, a board member at Radboud University in Nijmegen wrote off 2,788 euros for a black leather desk chair.

Two notable write offs by RUG rector Elmer Sterken were declaring the costs of his wife’s meals when she travelled with him and the cost of parking his car in a garage in Groningen. The former is against the rules, and RUG compliance officer Henk Jonkman says Sterken could have taken public transportation instead. 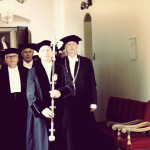 After a year and a half delay, dentistry professor Edwin Winkel gave a speech last week about halitosis – the original date for the speech was postponed due to an investigation into a conflict of interest.

Winkel and his colleague Arie Jan van Winkelhof were investigated because they published research testing different mouthwashes, and the ‘winning’ mouthwash was manufactured in a factory that Van Winkelhoff held stock in, a fact that the professors neglected to mention. UMCG and the Committee for Scientific Integrity determined it was a conflict of interest, but no evidence suggested the research itself was inaccurate.

‘Universities have to remain human’ 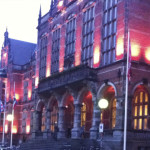 According to a report about the future of higher education published by the Dutch university union VSNU, universities expect that implementation of the loan system will provide around 230 million euros extra for educational institutions. That’s a lot less than the one billion euros the government expected, but any available funding will enable the institutions to make their education more small-scale and intensive.

Universities also want to spend more money on instructors and want students to take part in a more international classroom. More support from the government is necessary in scaling back bureaucracy and making new performance agreements judiciously.