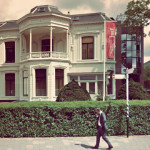 The University Council has given a positive recommendation for developing a branch in Leeuwarden. A key issue was the establishment of a University College (UC) in Friesland, which was only supposed to go ahead if the UC in Groningen did well.

However, the UC in Friesland is no longer dependent upon this; it will be completely independent and have a new name. Decisions about the bachelor’s and master’s degrees that will be taught there and the tuition fees have not yet been definitively made. In spite of the ambiguities, council members see it as a good opportunity. 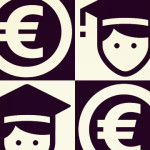 The Education Executive Agency (DUO) has set a historically low interest rate of .01 per cent for the next five years for those who graduate in 2015. That means students will have a slight reprieve in how quickly their debt accumulates. By comparison, students who graduated in 2010 have an interest rate of 1.5 per cent.

The annual rate is set based on the average interest rate for three- to five-year government bonds in the month of September. For all students who receive financial aid or a supplementary grant in 2016, the rate will also be .01 per cent. 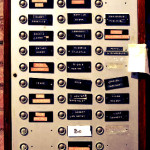 Student union LSVb fears there won’t be enough affordable student housing available if the Housing Act, which was implemented on 1 July, is not amended. LSVb has written a letter to the House of Representatives, who will hold a meeting about the matter on Wednesday.

Under the law, social housing landlords are no longer allowed to work with investors out of fear that government money would go to private investors. This means very few affordable student houses can be built, and LSVb says exceptions are necessary: in Amsterdam and Utrecht alone, there is a shortage of 17,000 student residences. 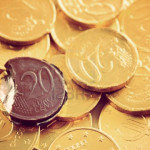 In January, salary increases will be paid out as agreed by trade unions and the university association VSNU. The pension funds premium will be reduced by almost two per cent, salvaging the salary agreement between the government and public servants for now.

A salary increase of 1.25 per cent will be applied retroactively from September 2015 – that is in addition to an increase of two per cent in January 2015. In January 2016, salaries will rise by one per cent. Staff employed at the RUG on 1 September who were still employed here on 1 December will receive a one-time payment of 500 euros. 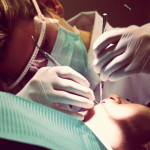 The degree programme had hoped to know by the end of November how it could be facing a deficit of nearly one million euros, but as more information is needed, decisions concerning reorganization to deal with the deficit have been postponed until December. 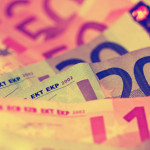 Students following a 30 credit pre-master’s programme pay as much as regular students, but those who follow 30+ credit programmes pay double. In 2017, the fee will be reduced, but this does not help pre-master’s students in the coming year.

Student party SOG finds this unfair and does not want the university to wait until 2017 to reduce its fees, but RUG president Sibrand Poppema says that would result in faculties having less funding, which would impact the quality and quantity of what they can offer. Student party Lijst Calimero is also against reducing the fees.

Bronze for Boomstra in checkers championship 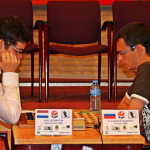 Roel Boosmtra, a favorite in the world championship for checkers, only managed to claim a bronze medal. Just like two years ago, he was beaten to the number one spot by the Russian competitor, Alexander Geogiev. Another Dutch competitor, Jan Groenedijk, came in second place.

Boomstra played very well but faltered under the pressure of time constraints. Boomstra will have the chance to prove his worth again in two years. Now, finishing his physics bachelor is his number one priority, but he will definitely go for gold at the next world championship in Estonia. 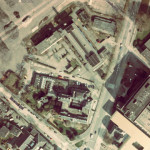 The Healthy Ageing Campus under construction between the Ebbinge quarter and UMCG should also have a building for the social sciences and medical faculties. The new location should serve as a replacement for the rented building at the Bloemstraat and the outdated property at 2 Antonius Deusinglaan.

However, Behavioural and Social Sciences (BSS) is not certain it wants to move. The faculty will assess how much space they need in order to determine an ideal location; alternatively, the Bloemstraat building could be temporarily moved elsewhere. The faculty would prefer to stay close to its main location. 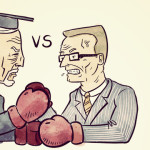 In a step toward more open access in Dutch science, research completed on a grant issued after 1 December must be published in a freely accessible journal. Uploading a version to a public database is also acceptable.

Universities and research financers have been at odds with scientific journal publishers, namely Elsevier, for years. Some journals refuse draft versions of articles, and in such cases, a transition period until 2018 will be in effect. All Dutch publications must be open access by 2024. Elsevier is still opposed; new editions of the publication may be inaccessible for universities after 1 January. 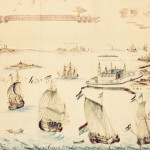 Last week, historian Jan Willem Veluwenkamp placed a call in de Volkskrant and the UK for volunteers who could help analyse a database of voyages across the straight between Denmark and Sweden in the period between 1497 and 1857. As a result, the total number of volunteers has increased to 150.

However, not everyone who has signed up to volunteer is guaranteed to follow through and Veluwenkamp still needs around 100 more people to help out. The historian will provide instructions in a Skype-type setting for those newly involved in the project.