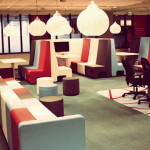 The modern decor will be removed from the popular first floor study area at the University Library to make room for the law faculty library collection. Eventually, the books will move to the third floor, but that space will be under construction this fall.

The first floor was completely renovated a year and a half ago for 150,000 euros. Now, those upgrades are being removed. ‘It’s a shame that we built something that is being done away with after such a short period’, UB spokesperson Frank den Hollander says. Television screens and other furniture from the space will be relocated elsewhere in the building.

The law faculty collection is part of a restructuring plan for the faculty libraries. The arts faculty moved its collection last year, and the Faculty of Behavioural and Social Sciences will move next year. Renovations are projected for completion in 2018. 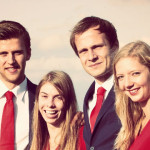 The Groninger Student Union (GSb) will not receive a committee grant next year. The group does not meet the requirements for eligibility for the RUG funds: a minimum of 100 members is necessary, but GSb only has 88. Non-students can sit on GSb’s board, which is against the eligibility rules.

CUOS, the organisation that checks the eligibility of student organisations for committee grants on behalf of the RUG, assessed the applications and delivered their findings to the University board in March. Eleven of the twelve organisations who currently receive the committee grant remain eligible for next year – GSb is the only exception.

For board members who are living in student rooms, the compensation is at least 6,000 euros a year for the entire board. ‘It’s true that our board cannot guarantee with full certainty that members will receive the grant’, GSb spokesperson Ewoud Vuuregge says. The group has a chance to reapply in October. Otherwise, GSb can submit a new request next year. 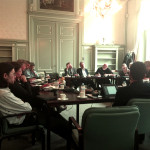 Staff factions in the University and faculty councils are struggling to find candidates for elections in May. The University council only has ten names and needs at least twelve – their deadline is 25 March. An increased workload is often cited as the cause by potential candidates.

Due to cut backs, lecturers now have less time to complete the same amount of work. They are also responsible for administrative work that was previously done by support staff. In the Faculty of Behavioural and Social Sciences, researchers work 6.8 hours extra a week on average.

Lecturers with temporary contracts are also under pressure to be published within two years in order to win grants that increase their chances of getting an extension or, eventually, a permanent appointment.

Chairperson of the Math and Natural Sciences faculty council Lucia van der Voort says, ‘The workload argument had never been so prominent as it is now. I have personally approached ten people who have declined for that reason. There are also sitting council members who no longer want to participate because it’s not possible to combine all of their responsibilities.’

Employees in the University council are compensated for one day of work per week, as are chair people of the faculty and service councils, but the work often takes longer. Most members receive 30 euros per meeting which often doesn’t cover the time spent.