What's happened in week 14? Streaming lectures permitted, math and science in China, ACLO and University College heading to the city centre and more.
By Traci White 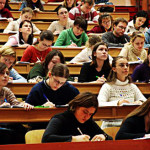 The board of directors is not opposed to students filming or live streaming lectures, even though there are no official rules at the RUG about making recordings. ‘Lecturers will have to discuss that with their students themselves’, rector Elmer Sterken says. Student parties SOG and Calimero recommend looking into what rules apply to recording lectures.

Instructors always have to give permission to have their lectures recorded by the University video services, but if students record or and live stream a lecture with an app like Meerkat, instructors are not always aware they are being recorded.

Math and science in Yantai 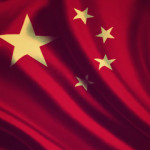 The RUG sees the new campus in China as a logical place for math, natural sciences, economics and business programmes. Since all courses there will be taught in English, rector Elmer Sterken says it makes sense to look to the RUG faculties that already teach at least partially in English.

Ten programmes in the Faculty of Math and Natural Sciences and four in the Faculty of Economics and Business are taught in English. European Language and Culture may also be an option. However, the medical faculty curriculum isn’t an option because there isn’t a hospital on the campus. 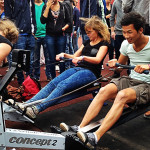 The sport centre ACLO and student housing for the University College will move into the former KPN building beside the Groningen central train station. Both will begin using the building in September and will stay for up to five years, or until the construction of their permanent locations in the Ebbinge quarter is complete.

The existing ACLO complex at Zernike will also be renovated in the coming years. The University College students will be housed on multiple floors in 210 apartments. The building, which has 200 tables and chairs available, may also be utilized during exam periods. 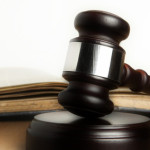 The Faculty of Law is ending the European Law School master. It has too few students – only ten are enrolled – and too much overlap with other law masters. Students can still enroll until 1 September and the final theses have to be submitted by 31 January, 2018.

The master is taught in English and Dutch, but it is almost identical to the corporate law and International Economics and Business Law masters. Students will be able to enroll separately into classes for subjects that are not covered by the similar masters, including corporate law and economics and European labour law. ‘There won’t be any consequences for the students’, education director Jaap Dijkstra says. 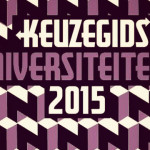 The RUG rose to fourth place among all Dutch universities and is the second best so-called classic university according to the Higher Education Guide 2015 – Master’s programmes. Two masters are in the national top 20 list: nanoscience, with an extremely high score of 98 points, and the research master in economics and business with 86 points. Nanoscience has been named the best research university master since 2013.