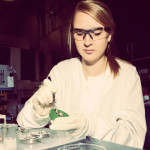 Education minister Bussemaker has not been clear enough about the bursary experiment, according to PhD Network The Netherlands (PNN). Matters like absolving tuition fees for PhDs, how much the bursaries will be worth and the number of PhDs per university remain unaddressed.

Amsterdam (UvA), Maastricht, Eindhoven, Delft and Nijmegen no longer want to participate, and various faculties in Leiden are also planning to abstain. But Tilburg, Wageningen, Twente and Groningen are going ahead. ‘The RUG has had positive experiences with this arrangement for several years, and that is why we intend to take part’, RUG spokesperson Gernant Deekens says. 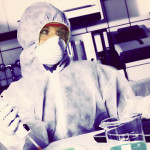 Members of the Dutch House of Representatives were shocked to hear hundreds of PhD candidates never complete their thesis. ‘If this is true, then we have a major problem’, VVD representative Pieter Duisenberg told the Higher Education Press (HOP).

PvdA member Mei Li Vos says, ‘It would be preferable for universities that have so many drop outs to look as quickly as possible at why that is. It’s a serious waste of capital, both in people and in money.’ CDA representative Michel Rog says, ‘We have to research how we can strengthen success and avoid failure.’

The student parties in the University Council want an external chairperson to avoid ‘partisanship and tunnel vision’, according to a classified document. The plan seems to target chairperson Hilly Mast, but sources suggest the student parties made the proposal out of concern of losing a vote next year.

Instead, the student parties suggest nominating an alternative chairperson from each faction. Mast says she doesn’t take the proposal personally, but she is concerned. ‘I think that having so many people in the presidium means that too many people will have a finger on the button.’ 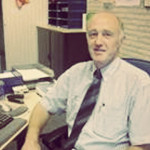 RUG porter Bert Kamstra received a Ribbon of Honour on Friday from the mayor of Groningen. The RUG nominated the concierge to become a Member of the Order of Oranje Nassau. The University describes him as always ready to help visitors and colleagues, literally day and night.

In addition to Kamstra, two other RUG employees were honored with ribbons. Astrophysics professor Peter Barthel and neurolinguistics lecturer Roelien Basiaanse were appointed as knights in the Order of the Netherlands Lion. 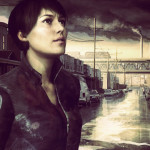 Video games often create an ‘artistic experience’ similar to that generated from viewing a painting or reading literature, according to research by RUG PhD candidate, Jef Folkerts. Folkerts says the artistic experience from playing video games comes from the cognitive processes they evoke.