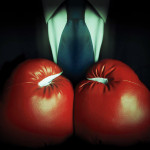 On Friday, 54 RUG employees calling themselves ReThink RUG addressed an open letter to the Board of Directors asking for reform at the University. According to the letter, ReThink RUG objects to ‘limited co-governance’, ‘one-sided emphasis on output’, and ‘excessive bureaucracy’.

Employees also identify worsening workload, disparity between permanent and part-time staff, the rat race for research funding and top-down policy decisions as causes for concern. The signers want an increased role for staff in educational and research activities. The number of signatures had increased to more than 100 by Tuesday. 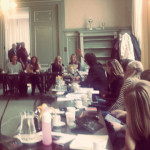 The University Council meeting about appointing an external chairperson almost got out of hand. Lijst STERK, SOG and Lijst Calimero wanted the Council to vote on the proposal, but the staff faction deemed it inadequately thought through and wanted more time for discussion.

The staff faction threatened to withhold their votes to prevent a quorum, and when a vote was held, seven staff faction members, including the current chairperson, left the room. Eventually, the substitute chairperson Wybrand van de Meulen suspended the vote. SOG chairperson Esmee Gemke proposed a compromise for an extra meeting within two weeks. 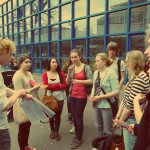 Matching is supposed to help aspiring students identify which academic programme suits them, but more than 90 per cent of students are approved in every faculty. Lijst Calimero chairperson Bernadette van der Blij says, ‘This makes it seem more like a glorified informational meeting than an actual matching procedure.’

Aspiring students complete a digital questionnaire, but it’s impossible to confirm if a student filled it in him or herself. Rector Elmer Sterken concedes that matching seems ineffective, but the RUG will continue doing it because it’s required by law. The experts proposed a trial study period as an alternative. 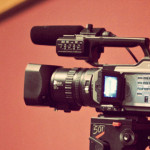 Bachelor students of law doing internships or studying abroad will soon have access to video lectures. The faculty board approved the measure in response to a call from the student party TBR.

‘The faculty board is pleased to see that TBR considers extracurricular activities to be important in student excellence’, education director Jaap Dijkstra said on behalf of the faculty board. ‘Students set themselves apart through internships, board positions, and commissions in addition to their studies. We want to make video lectures available to students in the bachelor phase as well.’