RUG shuts down again due to ice

Bad weather approaching the region has prompted the RUG to close its doors yet again. At 4 P.M., all university buildings will close.
By Peter Keizer / Translation by Traci White

All classes will end at 4 P.M., says RUG spokesperson Gernant Deekens. The Academy building will remain open until 6 P.M. for PhD. ceremonies. The University Library will follow their normal opening hours.

‘We have decided to close the university again due to the bad weather that is oncoming. We want to ensure that everyone is able to make it home safely and on time’, Deekens says.

Update: lectures will end at 4 p.m, buildings close at 4 p.m. (Academy Building closes at 6 p.m.). Library will be open normally.

On Thursday morning, the university had decided to open all campus buildings. The science faction of the University Council stated their objections to that initial decision earlier on Thursday. ‘It’s irresponsible towards the students and staff’, the faction posted.

‘The KNMI has extended the code red until 7 P.M. Students and employees who live outside the city will have to travel on the roads. The question is not only if people can make it to Groningen safely, but also whether they can make it home safely. The forecast is for rain this afternoon, which will only make things even more slippery’, says council member Mathieu Paapst.

According to Deekens, the decision to open the university this morning was based upon accessibility of public transportation. ‘Roads were easily passable this morning’, he says.

But now that the weather front is getting closer, the university has decided to close its doors after all. 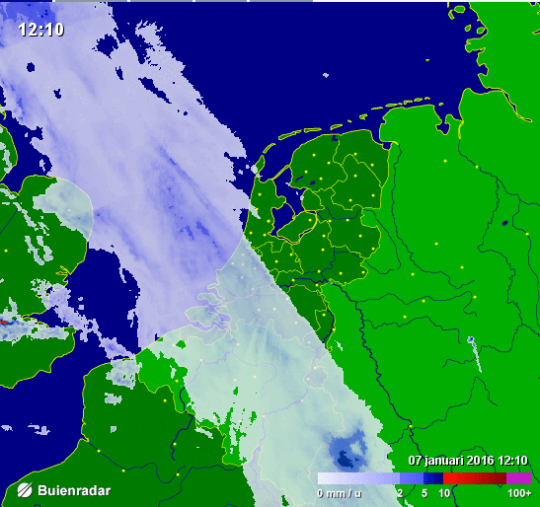