Dutch students seem to have a new favourite hobby – taking pictures of Asian students sleeping in university libraries. After Facebook pages like ‘Spotted: UB Groningen’ sprang up like mushrooms, the latest arrival is ‘Sleeping Asians in University Libraries’. Why Asians? Isn't is offensive and discriminatory, should it be closed?
By Verena Rendel

This Facebook page has already received about 5,300 likes in only a month. Students from all over the Netherlands, armed with their mobile phones, have been taking pictures of Asian students asleep and uploading them onto the page. From Eindhoven to Utrecht and Groningen, you can see a range of Asian students in various sleeping poses.

When stumbling across the page, you can’t help but smile. At a second glance, though, the topic becomes serious. Some people argue that the page is offensive and discriminatory, and that it should be closed. The page’s administrators disagree, emphasizing that it’s not meant to be offensive, just fun. 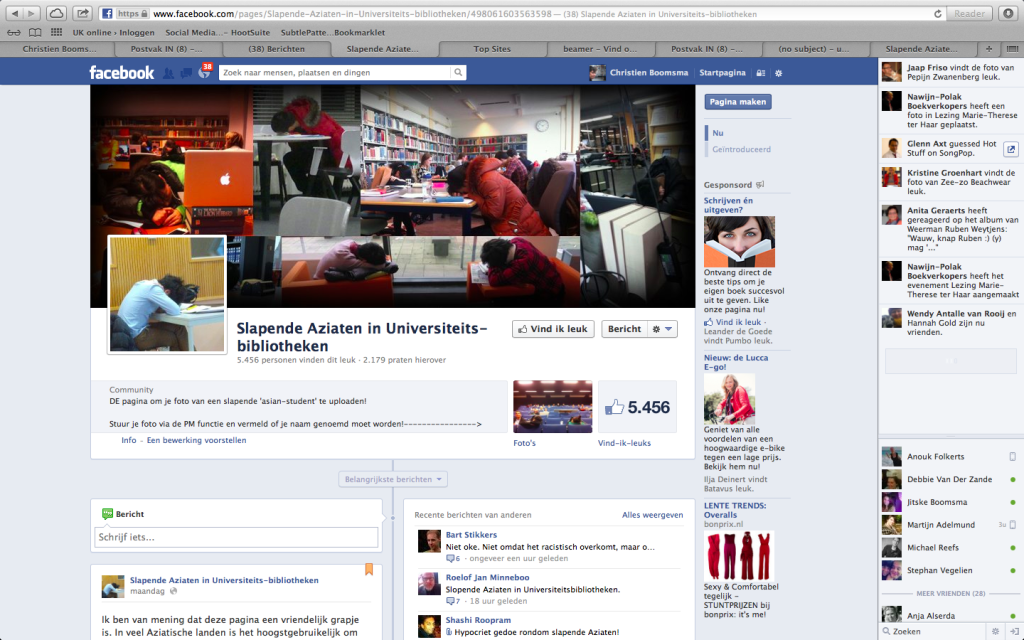 Alice, a law student from China who studies at the UB, doesn’t feel too offended. ‘In every country people take pictures of things unfamiliar to them. It might be a very light form of discrimination, but as long as nothing offensive is written to accompany the shots, it doesn’t really bother me.’

Likewise in the Zernike Library, Ellie and Eton, finance students from China, agree. ‘It’s not a big deal and we don’t feel discriminated against.’ Eton explains that it is common in China for people to take naps. ‘In our culture it is normal that you sleep for maybe only four hours at home. Then you go to college and when you get tired, you take a nap.’ Ellie adds: ‘It’s normal for us to take a break while studying, because we’ve been up since 6 a.m. and our days are long.’