IRIO student Mareike Wiegels no longer buys her clothes from H en M or Primark. Together with other students she is fighting to end modern-day slavery.
By Verena Rendel

Buying clothes from H en M or Primark is something many of us do without hesitation. Do we think about slavery when we try on the season’s newest trends? No, not necessarily. For IRIO student Mareike Wiegels (24), however, buying her clothes from these shops is a thing from the past, because she is fighting to end modern-day slavery. ‘I can’t anymore. I go in there and I see the Matrix .’ 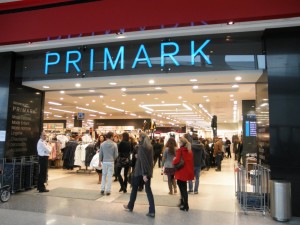 Together with other students from the University of Groningen and Hanze University Groningen, Mareike has founded the anti-slavery student group Escaping Barcode Life. They are launching a slavery awareness campaign this Thursday in conjunction with GSp, and in the coming weeks they will be arranging a series of lectures, movies and discussion groups on the issue of modern-day slavery.

After reading about the topic last summer, Mareike told her fellow students about the largely unknown problem of slavery in sectors such as prostitution, agriculture and construction. ‘The incentive to start this project was born out of the frustration of not really knowing what to do,’ says Mareike.

‘We have to realize our role’

According to a report from the Dutch Rapporteur on human trafficking in 2012, there were more than 1,700 victims in the Netherlands that year. For Mareike and her group, these victims are the reason why they want to raise awareness of the problem.

The group  explains how people need to understand the human aspect of our own economic system. ‘We have to realize our role and responsibility, as our lifestyle feeds off slavery and euphemizes it as cheap labour.’ Since students are the professionals of tomorrow, they need to be aware of the problem in order to tackle it. 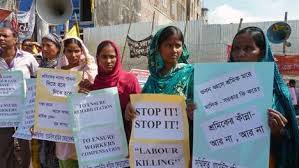 Annajorien Prins (20), another member of the student group, explains how they want to start a dialogue to find more strategies to tackle slavery. They also want to stimulate people to live more consciously. Annajorien explains: ‘We have a big influence as consumers. We always demand the lowest price, but we ignore the fact that somebody had to make the product or cultivate it under very, very poor working conditions.’

Mareike adds how the throwaway mentality in many Western countries is part of the problem. ‘We buy a lot  than we need. We buy something and throw it away two years later. That needs to change.’ For her, buying less but spending more money on what she buys would be a start.

The question is whether students are willing to change their behaviour. The group is optimistic. ‘The feeling that we get is that everyone we talk to is concerned about these issues and aware of them in some way. However, many people think they don’t have the power to change anything,’ says Mareike. ‘We want to bring people together, because in the end the market will deliver what the consumer demands.’