What's happening at the university? Afraid you missed anything? Here is your weekly update from 05 - 11 June.
By Christien Boomsma 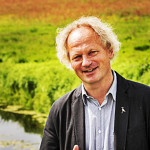 Theunis Piersma, professor of animal ecology, has been awarded the Spinoza Prize last week. The Spinoza Prize is known as the Dutch Nobel Prize, the most important award of the Netherlands.

Piersma gets 2.5 millioen euros that he may use for his research of his own choosing. He is very excited. ‘This prize means apreciation of our work. It’s a very great honour.’

Piersma has always worked hard to protect the ecology of the Wadden Sea. He researches the demise of meadow birds like the gotwit in the South West of Friesland, where he lives. Internationally he works for preservation of foraging areas for migratory birds, like an area of tidal flats in the Yellow Sea.

The Spinoza Prize has earlier been awarded to researchers who are the best in their field, world wide. Earlier winners from Groningen are George Sawatzky, professor of solid-state physics (1996), Dirkje Postma, professor of respiratory pathophysiology (2000) and Ben Feringa, professor of organic chemistry (2004).

Scientists are forced to use Gmail 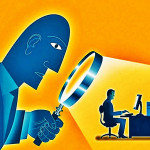 The Faculty of Sciences is being forced to switch to using Gmail. The faculty fears it will cost them millions.

The faculty had objected to the use of Gmail’s Apps for Education after sixty percent of the researchers had declared they did not want to use the email service. The researchers fear data or patent applications will be out in the open, when Google handels their mail traffic. But the university board is not convinced and overruled the faculty board.

Keeping the old mailservice of the university would have cost 150.000 euros, that the Faculty was happy to pay. ‘The contracts are worth tens of millions of Euros’, says faculty board member Rien van Haastert.

RUG is not as green as it wants to be 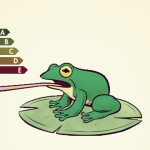 In fact, Wageningen University that has it’s own windmills, is the most sustainable university of the Netherlands. Groningen earned it’s reputation by buying green certificates from Norway – that get’s them for producing water energy. However, no extra sustainable energy is being produced this way. Groningen spends 55.000 Euros on these certificates, money that was used before to take ‘real’ sustainable measures, like placing solar panels on buildings. 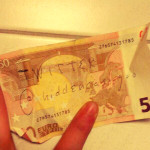 Usually he hides fifty Euros. He then gives hints about the hiding place on his Twitter account @hiddencashgro, that acquired over 9000 followers since he started on the 26th of May.

Hidden cashers have been active in a number of cities worldwide after the phenomenon popped up in San Francisco earlier this year.

HiddenCashGro gave a short interview over the phone to online university magazine UK. Now we know he’s male, sounds at least under thirty years old and that he really loves Groningen. He does it just for fun and ‘because he can’. 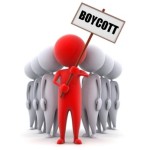 Six prominent Dutch researchers call for boycotting the new award of the Dutch Royal Academy of Sciences (KNAW). Every other year this award will allow eight researchers to win 300.000 Euros to do fundamental research.

However, the Prize is being funded by Ammodo, a foundation that got it’s money from the pension funds of dockworkers. They put their money in hands of the independent foundation, that afterwards changed it’s Articles of Association. Now money is being used for purposes the labourers never intended.

The matter has been challenged onto the High Court, but Ammodo is legally within it’s rights. Still the researchers feel the whole thing is ‘morally unsatisfying’.