What's happening at the university? Afraid you missed anything? Here is your weekly update from 12- 18 June.
By Traci White 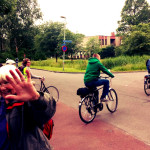 Promotion of an alternative bike route to Zernike is the likely explanation for cyclists interrupting funeral processions more regularly. Roughly 30 funeral processions enter Crematoriumlaan at Zernike every week, and students often bike in between the vehicles of the mourners.

Since 2010, it is illegal to ride through a funeral procession. It leads to accidents, too: last year, a student wound up on the hood of a hearse. Another problem for funeral company Yarden is RUG employees and students using their parking lot, despite plenty of spaces available in the RUG’s paid parking lots. 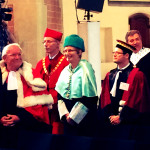 In the Martini Church last Friday, 10 honorary doctorates were awarded to academics from around the world. The recipients were recognizable by their colourful robes in the midst of the black vestments of the RUG professors. 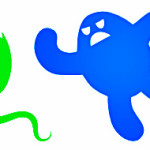 An iGEM – International Genetically Engineered Machine – team in Groningen is working on bandaging with Lactococcus lactis, a bacteria that fights against pathogens. It excretes nisin, a protein that kills roughly half of all bacteria. The bandaging should also stop the communication system that pathogens use, making bacteria ‘think’ they are alone and thus no longer behave as pathogens.

The team will attend the iGEM finale in Boston in November. iGEM is an international student competition that aims to find the best ‘biological machine’. In 2012, the RUG team won with a detection system for rotting flesh. 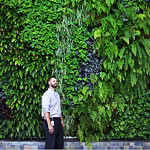 The gray roof of the UB may be going green with a new façade and rooftop garden. The proposal won three students – Lisette Stevens, Menno Stellingwerff and Malenthe Teunis – the Green Mind Award, a biannual prize for the best idea to make the University more sustainable. The project should cost 61,000 Euros.

However, according to secretary Dick Jager, the feasibility of the project is up for debate. The other Green Mind Awards proposals were to make the Duisenberg Building more sustainable, and to replace thermostat knobs on radiators with an automated system.

The mystery of Antikythera 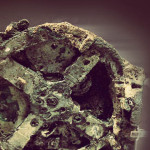 The puzzle of the Antikythera machine, the world’s first analog computer, is closer to being solved. RUG PhD candidate Niels Bos found the possible use of a ‘mystery’ cog whose function was unknown until now.

The ancient machine – found in 82 parts at the bottom of the sea – is over 2000 years old. It was used to make astronomical calculations: By turning a dial to a certain date, cogs moved to show what the position of the sun and  moon would be.

X-ray photos revealed the names of the five planets known to the ancient Greeks, indicating the device was used for predicting the orbits of planets, too. Niels Bos calculated how the ancient knowledge of planets’ revolutions might be translated, using a series of cogs. For one of the possibilities, a wheel of 83 cogs was needed – it’s the mystery part.