What's happening at the university? Afraid you missed anything? Here is your weekly update from 15 - 21 May
By Traci White 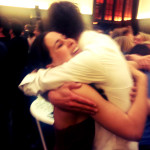 The University Council election delivered two surprises: OSR – the Independent Student Council – won one seat and, for the first time, Calimero will be the biggest student party in the Council. ‘We needed ten years to become the biggest student party at the University. It’s totally unexpected’, says Wytse Valkema, the current chairman of Calimero.

Calimero won six seats, knocking SOG off the throne – they went from seven seats down to five. SOG’s international candidate Taku Mutezo won a seat, but Calimero’s William Pitz fell short. Only 30.9 percent of RUG students went to the trouble of voting. 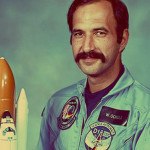 Wubbo Ockels, the first Dutch person in space and a professor at the RUG, died of cancer on Monday at 68. Ockels received his PhD in physics and mathematics from the RUG and in 1985, he travelled to space on the Challenger shuttle to work on the Spacelab programme for the ESA.

Ockels was instrumental at the KVI – Center for Advanced Radiation Technology and became an advocate for sustainability. Shortly before he died, he wrote a letter begging people to stop destroying the earth. ‘Nature is crying out to us, and we’re destroying our source of life.’ 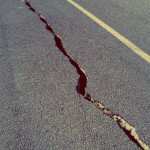 Victims of earthquakes in the province need better support for their emotional stress, according to research by psychology professor Tom Postmes. Residents get financial help to repair their damaged homes, but their feelings about safety and livability are rarely addressed.

A lack of trust among residents of the government and NAM influenced voting choices in council elections in March. The Documentation Center for Dutch Political Parties concluded that there is ‘a secret fault line developing: residents in this area are voting more often for local parties because they’re fed up with the powers-that-be in The Hague.’ 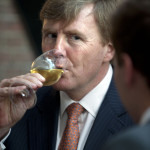 King Willem Alexander opened the anniversary of the RUG during a well-regimented visit. In the Aula, he chatted with Rector Elmer Sterken and Professors Janka Stoker and Jan Lokin, who emphasized the differences between the big cities in the West and Groningen.

Stoker acknowledged the sober character of the province and that the ‘For Infinity’ celebration is not very Groningen-like. She also mentioned the earthquakes: ‘The earth has to really move before the rest of the country even realizes that we’re here.’ Lokin added: ‘Even with the jolts and tremors, this academy has stood unwavering for four centuries.’ 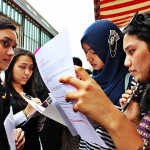 Currently, admissions of international students are handled by individual faculties, each with their own procedure and standards. That means it can take longer at some faculties than others for a student to hear if they are accepted, often leading them to choose another university.

A new Admissions Office has to change that. All admissions staff will be working under the same roof by 1 October, meaning that students should be informed much sooner if they have been admitted. The new organization is also responsible for ensuring that internationals get the right information about admissions requirements.