What's happening at the university? Afraid you missed anything? Here is your weekly update from 22 - 28 May.
By Traci White 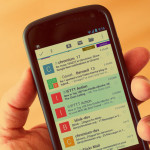 After months of preparation and discussion, RUG employees started moving over to Google Apps for Education this week. Ten extra ICT help desk employees, thirty student assistants and 20 servers are helping to make it a smooth transition. Still, 416 employees have already contacted the help desk.

A few mailbox migrations stalled and had to be restarted. The impacted employees have been informed and ICT warns staff not to restart the process themselves. In total, 97 million university emails will make the migration to Google. For anyone who has yet get started, here are instructions. 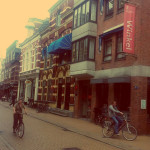 A new home has finally been found for student organisations SOG, Calimero, Studentenkrant and Integrand: above the RUG store on Oude Kijk in ’t Jatstraat. The university decided to stop renting the property on the Sint Walburgstraat because it was too expensive.

Seven scientists at the RUG have received an 800,000 Vidi grant. Vidis are awarded to excellent post-doc researchers and recipients can fund their research for five years with the grant. 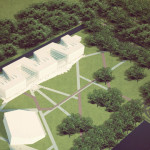 The design for the new Zernikeborg has been revealed: shaped like the letter W, with six zig-zagging wings. The building, designed by Ector Hoogstad architects, will occupy 50,000 square meters. It will be 200 meters long and will have five stories. Along the façade, broad gangways will connect the different wings.

It will be built in two phases, and the first institutes are scheduled to move in if the first phase is done by 2019. Which institutes will be the first to move will be sorted out in the coming weeks. The building has to be completed by 2021.

Play-offs far away for Giants 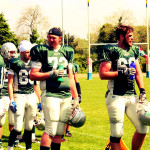 The American Football team the Groningen Giants lost their home game 12-18 against Spijkenisse Scouts on Sunday, and with it the likelihood of making the play offs. The team currently plays in the first division, which is the second highest in the country. 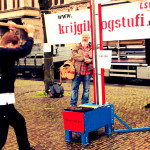 Currently, students receive a standard grant as part of study costs. If they graduate within 10 years, they don’t have to repay it. A new loan system set to begin on 1 September 2015 means that government money for study financing will have to be repaid with interest.

For poor students, 300 million Euros in financial aid will be available, and students can keep their public transportation – OV – cards. Students have 35 years to repay the money, but only if they are making minimum wage. From now on, students will also have a say in the budget of their departments.