The Student Hotel: big and expensive

The Student Hotel Groningen promises to be big, luxurious and expensive. The municipality signed the contract for the construction of the 365-room student paradise at the Ebbingekwartier this weekend.
By Christiaan Triebert

Amid the sounds of Eurosonic, eleven men are meeting in Oberland, a warehouse turned restaurant in the Ebbingekwartier.

Alderman Roeland van der Schaaf is signing for the purchase and construction of what seems destined to become a student paradise: 365 fully furnished rooms including private, en suite bathrooms – 85 of them with a private kitchen and another 280 with a shared kitchen – a flat screen TV, WiFi, an espresso bar, restaurant, library, gym, laundry service, bicycle repair shop and bike storage, a public courtyard and a game room. Guests also get a complementary bike. In total, the property will encompass a surface area of 13,000 square meters.

Such luxury comes at a price. However, Kristiaan Capelle, a property developer for Mensenborgh, the company responsible for the project, cannot say exactly what that price is yet. Based on the cost of the three other Student Hotels in the Netherlands, you’re unlikely to occupy one of their rooms for less than 650 euros a month.

That’s certainly not inexpensive for most students, but it seems to work in Amsterdam, Rotterdam and The Hague. The existing hotels are virtually fully booked year round.

Yet it’s relatively cheap in comparison to hostel living. A private room in the local Simplon Hostel costs 1,080 euros (435 euros for a bed in a dorm) for 30 days, whereas the centrally located Bud Gett Hostel doesn’t even offer private rooms. You’ll pay 750 euros a month for a mattress in a ten bed dorm. 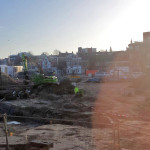 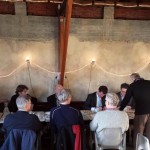 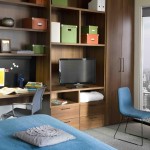 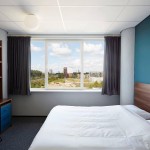 The Student Hotel makes clever use of the housing shortage in university towns. Before signing the agreement, alderman Van der Schaaf stresses the necessity for housing options and says that he sees the hotel as part of the solution.

The demand for rooms is partly caused by an ever increasing number of international students. In 2005, there were only 1,500 foreign students in Groningen: last year, there were over 11,000. Both the RUG and Hanze expect an increase of five percent each year.

Many international students are here through the Erasmus programme and do not typically stay for longer than a year. These students are the hotel’s target group, Capelle says.

‘The hotel is meant for students who do not stay longer than two semesters in Groningen’, Capelle says. But others, such as visiting professors and PhD students, can also book a room. Travelers, tourists, visiting friends and family can also make a reservation for a couple of nights. The hotel is a private company not related to the university.

However, Capelle knows that there are talks with RUG about the extent to which there can be cooperation. The location of the University College Groningen is remarkably close to the new hotel and only offers temporary housing at the moment. What’s more, The Student Hotel in Amsterdam provides housing for the students at Holland International Study Centre – a Groningen branch of that company will also be opening in 2016. But for now, no agreements have been made between the property developer and the University.

The municipality has reserved 25 million euros for the construction of the hotel. Tjerd van Riemsdijk, the municipality’s project leader for the Ebbingekwartier, wants to develop this area into an extension of the city center. ‘There will be residential places, but also creative industries. It will be vibrant, like it is now.’

Besides hosting part of the yearly Eurosonic/Noorderslag festival, the Ebbingekwartier has a dozen ‘pop-up pavilions’: temporary and movable constructions. Each pavilion has a different purpose, ranging from student rooms, ateliers, exhibition halls, restaurants and even a day care. They will make place for the Student Hotel and other apartments in July 2016.

Earlier, the project developer had expressed interest in the Black Box, the huge building at the Eendrachtskade which has been vacant since the Municipal Service for Social Affairs and Employment left, but that wound up not happening.

Construction on the massive hotel will begin in April, following the completion of a new entrance for the existing underground parking garage. In addition to Groningen, new Student Hotels will also soon be opening in Eindhoven and Enschede.