‘We learned about it when we read it in the newspaper’, says Rob van Ouwerkerk, member of the faculty board of UCG. ‘We were a bit surprised by this action. We weren’t informed at all.’

The University College Groningen is the tenth faculty of the RUG and spent up to 50,000 euros last year on advertising campaigns to promote itself to advanced students, but it is still ironing out some wrinkles. The budget for operating costs through 2018 had to be increased by 800,000 euros recently, and the residential college is still housed at a temporary location – there are plans  to move to the Bodenterrein at some point.

‘We actually started laughing and said, oh, it must be because we’re been such a big success that it seems like an obvious decision to go ahead with a second UC. But that was something of a cynical response’, Van Ouwerkerk says.

Given that the programme is still so young, Ouwerkerk says that the faculty board has questions about the decision to jump into starting a second University College so soon. But he is also concerned that developing two separate University Colleges could actually work against recruitment efforts. ‘How do we explain this to prospective new students? That is one of our worries.’

Dean Hans van Ees was also approached for comment, but did not want to make a statement about the situation. ‘In view of the discussion, it is not yet the moment to have this interview.’

Plans for the eleventh faculty include ten master’s programmes at the University Campus Fryslân and a separate University College, which is supposed to offer a three-year bachelor’s programme in politics, philosophy, psychology and economics. However, it appears that a lot of the details are not yet set in stone.

‘What exactly the content of the second UC will be is up to the deans of the University. The prospective dean, Jouke de Vries,  stated that he wanted to pursue the PPPE curriculum. Friesland agrees. But that doesn’t mean that is absolutely what the programme will be. We will be doing market research in Friesland to see what a UC there should focus on’, president Poppema said during the university council meeting on Thursday.

In fact, Poppema says that no official decision has been made as to what the UC will actually do. 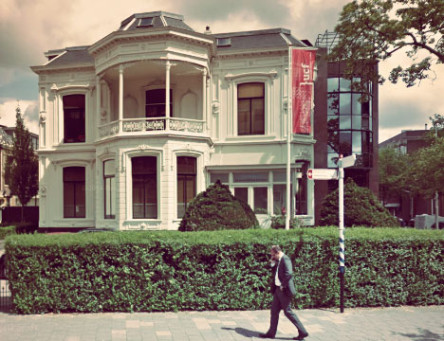 It seems like that step would have been taken before making any announcements. But in light of the upcoming provincial elections on 18 March and how much the local political parties stand to benefit from the announcement of the return of university education to the province of Friesland, the rush seems easy enough to explain.

The second UC aims to eventually attract 600 students to live and study in Leeuwarden. Between UCF and the second University College, 1,000 RUG students will eventually be studying in Friesland. A regional fund of 100 million euros is needed to fund ten master’s programmes at UCF, and the province has already provided 14 million euros for the University Campus.

But President Poppema insists that Friesland will be footing the entire bill for the second University College.

During the university council meeting on Thursday morning, he sought to reassure staff members that an eleventh faculty would not mean further dividing university resources. ‘It’s their wish. We will provide our expertise, and they will be paying for it.’ How much it will actually cost is also not yet known.

As for concerns that it’s too soon to go ahead with a second UC when the first has yet to even complete its first year, Poppema says that the Leeuwarden location would only be starting in 2017 – the same year that the first UCG cohort will be graduating. ‘Then, UCG will be a fully grown programme.’

He chose to continue the metaphor by comparing UCG to a jealous child who has just learned that he or she would be getting a younger sibling. ‘In general, when a new brother or sister is born, the older child often has mixed feelings about it. The attention from their parents has to be shared, and even the UCG may not be able to escape having that feeling.’