A student life with… your mother

Layla came to Groningen to study. Now her mother and sister have arrived from London to live here, too.
By Ahmed Farah

Layla Mahmood, a 22-year-old American Studies student from London, gets sidetracked while we’re planning this interview on the phone, saying: ‘Oh sorry, Mum’s just commenting on my body.’

Her mother and her 14-year-old sister, Iman, moved to Groningen to be with Layla. Now they’re opening Mascoto, a hair salon and beauty shop, which focuses on students.

Ijabo believes that since English will be the main language spoken in the salon, it’ll make international students feel more at home. ‘You won’t sit there not understanding what people are talking about. That’s important.’ 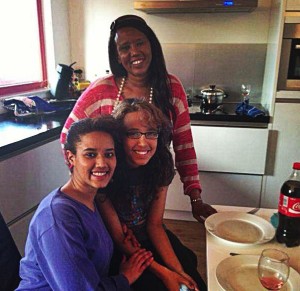 Layla Mahmood with her mother and sister Ima.

Ijabo is originally from Somalia. She’s lived in several countries and already feels very much at home here. In fact, she has no plans to leave. ‘We want to open up more stores and make Mascoto a brand. I’m not going anywhere.’

But why leave London?

Schools and peace of mind were major factors, Layla says. The quality of education is better here and her family got fed up with security guards at school. ‘Don’t forget the sniffer dogs and metal detectors’, Iman adds.

The atmosphere in Layla’s house is jovial and the family speak highly of their new home. Ijabo gestures with both hands and a sigh of relief when she talks about how much calmer Groningen is compared to London. They’re already settling into the Dutch way of life. ‘Her accent’s different now!’ Ijabo laughs pointing at Iman.

Layla jumps in: ‘I know! She made fun of how much my accent had changed when she first arrived.’

London may seem exciting and vibrant, but not if you’re 14. Iman prefers Groningen because it’s safer; she can now go out without her mother worrying. But what about Layla? Doesn’t she mind that her mother knows everything she does now?

She laughs. ‘I’m still free. I still hang out with my friends and so does my mum… even when I’m not around.’

‘People sometimes think we’re mates’, her mother adds. She describes herself as a traveller, having been married to a diplomat, but Layla warns her: ‘Now people will think we’re gypsies.’ 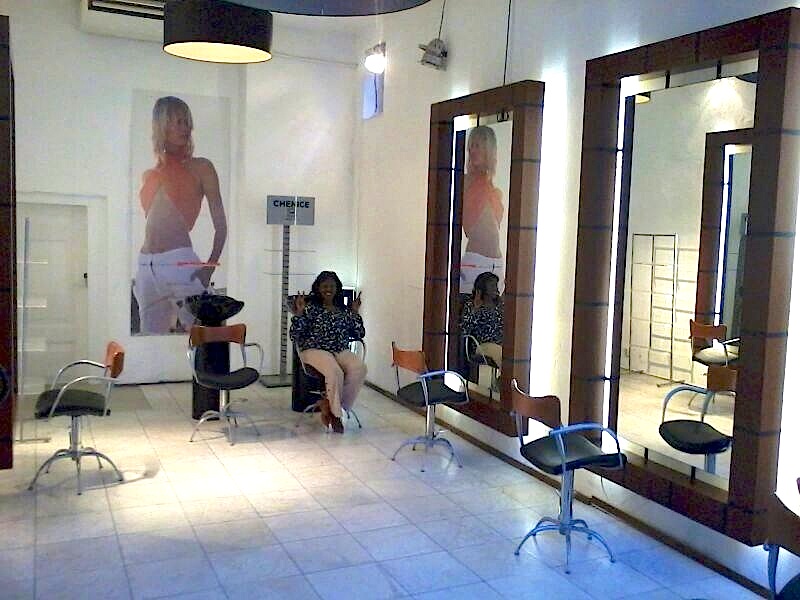 Their London experiences should be an asset to the hair salon. Mother wants to bring London’s hair and beauty trends to Groningen. Ever heard of Senegalese twists? Another plus is that the salon will be situated in Poelestraat, close to many of Groningen’s clubs and bars. ‘You can get your hair done and then go out immediately afterwards.’

Living on a farm