Social media connects people across the world, but it can easily be abused and leave users feeling lonely. On Thursday, associate professor Jennifer Jordan will explain why that is during the Studium General lecture Globalization, Social Media and Ethics.
By Alina Holz 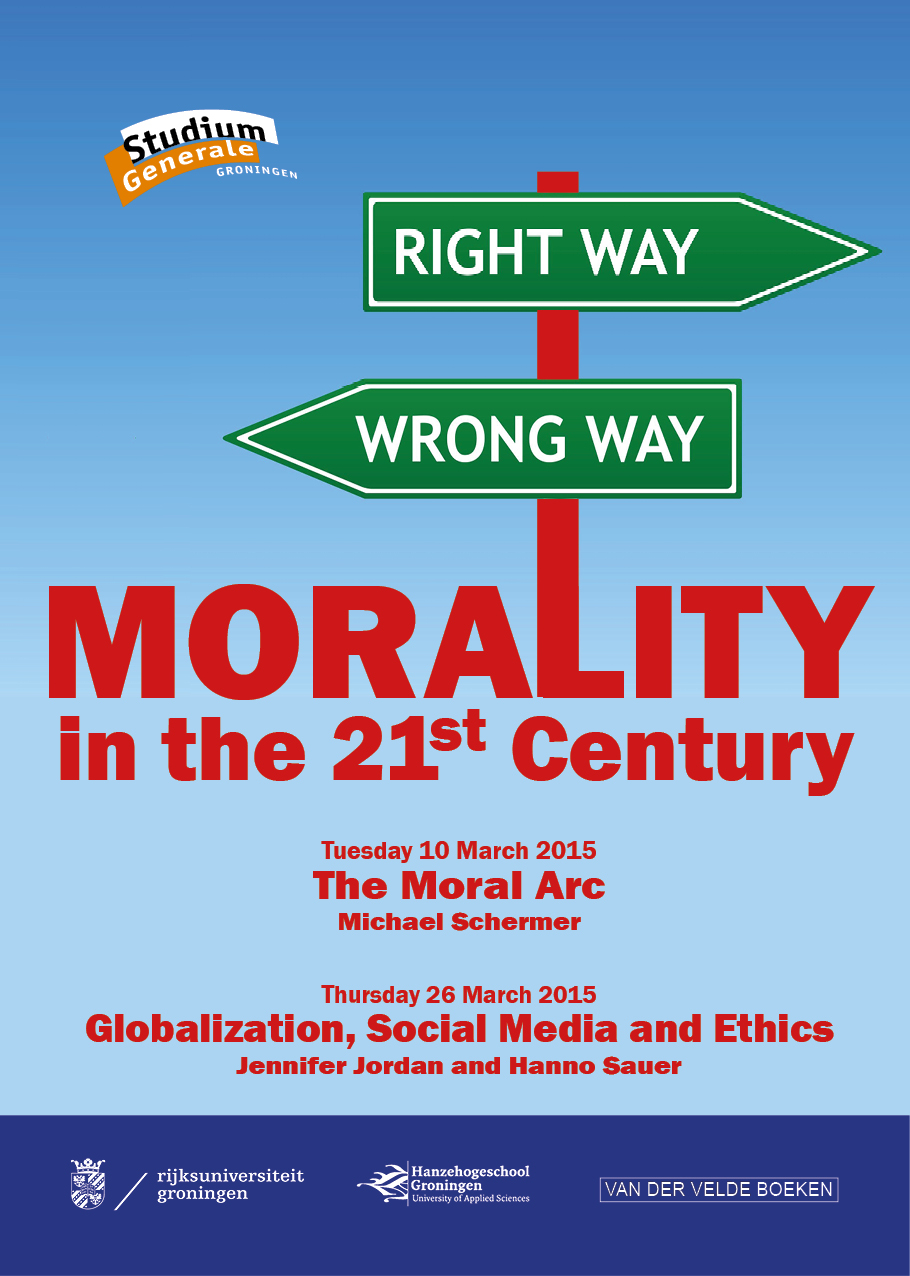 The lecture Globalization, Social Media and Ethics will be held at 20:00 in the Academy Building on Thursday, 26 March. Jennifer Jordan and Hanno Sauer will be the featured speakers.

Jennifer Jordan is a Rosalind Franklin Fellow and associate professor of Human Resources and Organizational Behaviour at the University of Groningen. She is currently researching ethical behaviour and moral judgement.

Hanno Sauer is an assistant professor of Philosophy at Tilburg University. His research focuses on moral psychology and empirically informed metaethics.

UK: Does social media make it easier to behave badly?

Jennifer Jordan: ‘What the Internet allows people to do, which wasn’t possible in pre-Internet times, is to anonymously say very horrible things that we would normally not say to people’s faces. We know from psychology that it is far easier to do amoral things if we can hide behind a cloak.’

Is there a solution for this problem?

‘I don’t support the idea of regulations, except for when it comes to protecting children or vulnerable people. I think that it comes down to personal morals, values and ethics. There was an interesting case in the U.S. where a lesbian woman shared her often radical views publically and received a lot of online trolls in the form of people bullying her. When she approached one of the bullies directly, he actually responded and personally apologized, saying that he never realized that there was an actual person sitting behind her account. I think that it should be a responsibility to bring to people’s attention that their behaviour is harmful and hurtful because cyber bullying is a serious issue.’

‘Loneliness is a big issue in our society, and I do think that social media have made that worse. A lot of people are sitting behind their computer for hours a day having this kind of pseudo-social contact. And I also worry about how other institutions are taking advantage of that gap in our society. I think that a lot of businesses are trying to find ways to create pseudo-social contact with people – one example being that they write your name on the coffee cup at certain chains in order to make a social connection. People are searching for that.’

Is it possible to have a healthy relationship with social media?

‘Yes, absolutely. You can have a healthy relationship with it, just as you can have an unhealthy one. But that counts for nearly everything, also for alcohol and sex. It becomes dangerous when your behaviour becomes addictive, when you start supplementing other activities in life in order to go into a virtual world or when you look for human contact only via social media.’

Can social media also have positive effects, such as fostering understanding between different people and cultures?

‘While the Internet provides for an easier venue for exercising amoral behaviour, it also allows us to have exposure and to see people’s hardships in other countries. For me, what was really impactful was the reaction to a tribute to Pharrell Williams’ song ‘Happy’, created by a group of Iranians where you can see them dancing to the song. The video was much debated in Iran and the group ended up getting arrested. By seeing this on the Internet, we become aware of how valuable freedom of expression is and how this freedom still isn´t available for everyone. So it is very paradoxical.’

With people uploading their whole life on the Internet, does social media trigger a kind of narcissistic personality trait in us?

‘Social media plays on the idea that everyone can be famous. It is a place where you can absolutely manage your image. It allows you to create a persona that you want to be, which is not necessarily bad. But there is something called the authentic self and the inauthentic self, and social media allows us to sort of exploit the latter. This also creates unrealistic expectations about what other people’s lives are like. It makes life look more glamorous than it really is. But then again, entertainment has been doing that since its existence.’