For the past three years, SOG has been the only party in the RUG with an international or non-Dutch representative in the University Council. But what may surprise some is that the party did not initially seek out internationals: internationals sought out it.

So says Psychology student Ritwik Swain, SOG’s first international representative in the Council. Swain felt the Council was the next step for him after serving in the Faculty Council and realising that he wouldn’t be able to go on exchange. ‘I had no idea how to approach SOG or who to contact’, he says. ‘It wasn’t advertised to me, I was just in the right place at the right time.’

British-born Swain attended an Open Day at the University, and his stall – an information stand for students from the United Kingdom – happened to be next to the University Council’s stall. He mentioned his interest in running for the University Council to a SOG member whose eyes lit up, according to Swain. ‘“Yes, we’re desperate to get an international candidate, that’s what we really want” he replied’, Swain recalls. ‘There’s really a lot of topics that a Dutch student would really not understand, and vice versa,’ he adds. 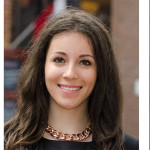 For International and European Law student Alexandra Crisan, getting involved in SOG was a more deliberate affair. She was SOG’s international representative from 2013 to 2014. After hearing Swain’s speeches about the Council, Crisan was determined to apply.

The current international SOG candidate, Takudzwa Mutezo, was first interested in running after observing SOG’s advertisement on Nestor aimed specifically at internationals. ‘It was in English, and most of the time you see these posts and they’re in Dutch’, Mutezo says, ‘so that was really refreshing for me.’ In her research, Mutezo also noticed that SOG was the only party to have had international representatives in the Council and saw this as an advantage.

‘If you look at the composition of our student population, one out of seven degree students is an international student’, rector Sterken says, ‘so what I like to see is that, at least on the level of the University Council, you have an equal representation of the different groups and sub-groups that we have at the University.’

With revolution comes resistance, however. And there have been times when SOG’s international candidates have struggled in meetings concerning language. Swain says he felt like ‘the foreign guy’ amongst a big group of friends. ‘There are a lot of people in the University Council from University Administration, and for a lot of them you could just see that it was too difficult for them to cope in English’, he says.

‘You could just see that it was too difficult for them to cope in English.’


International and European Law student Mutezo aims to rewrite the regulations for language with the long-term goal that English will be the primary language used in Council documents and discussions. She hopes that this will give non-Dutch speaking members more confidence in contributing to meetings.

Rector Sterken agrees that these documents need to be in English if the University is to be truly international, but emphasises that this issue is not simply about switching language; it’s a complete transformation. ‘It’s very hard to change culture, and to break into cultural ideas’, he says.

‘Most of the pieces are in Dutch, the discussions are in Dutch’, Degenhart says. ‘We think that Dutch students for now [have done] a better job—or at least a good job—in representing the interests of international students.’ Loes Kreijtz is the current international representative of Calimero.

Even though language may present barriers for non-Dutch-speaking representatives in meetings, others Council members often seem open to international input.

Swain and Mutezo say meetings were held primarily in English when they first entered the Council. ‘They introduced themselves in English, and really welcomed me. They were excited’, Swain says.

He recalls that president Sibrand Poppema was thrilled to have an international student present in Council meetings. Swain’s colleagues told him that whenever they would speak, president Poppema seemed laid-back, but when Ritwik spoke, he was ‘all-ears.’

‘He’s the president and he travels all round the world, talking about how brilliant the University is, so of course he is going to be of more use for international contact’, Swain stresses.

‘You will always have the other party who will sometimes say, ‘no, we don’t want to speak in English.”


Crisan and Mutezo say the translators during their Council meetings helped them tremendously. ‘Of course, it would be better to have whole discussions in English’, Crisan says, ‘but you will always have the other party who will sometimes say, ‘no, we don’t want to speak in English’.’

Still, the representatives say they could not rely solely on translators and had to be proactive. The first thing Romanian Crisan did after having been accepted by SOG was to ask for lessons in Dutch; most of her initial meetings, even within the faction, were in Dutch.

Their drive to impact the Council has had results from each representative. Swain campaigned for improved cafeteria services, which established the International Food Committee, for free Dutch lessons to all new students, and for long-distance online learning: things he says Dutch students would not have necessarily considered.

Crisan contributed to the RUG’s 400th Anniversary celebrations, created the International Student Committee, and helped build the University College Groningen and the International Classroom. ‘I’m really satisfied with what I did last year’, she says. 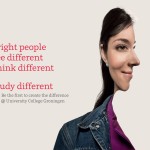 Alexandra Crisan is featured in the University College Groningen’s advertising.

Rector Sterken praises Swain and Crisan’s achievements, particularly their concern for issues relating not only to international students but also the University in general.

Mutezo campaigned for the Massive Open Online Courses (MOOCs) to offer an ‘Introduction to Dutch’ section, which will allow prospective and current international students to learn Dutch online for free. The course started this month with 30,000 participants. Mutezo also recommended that the University Board offer more re-sit opportunities for students who are abroad and pushed for the introduction of UB entrance policies during exam periods.

Mutezo says that SOG and Lijst Calimero are currently cooperating to improve housing for international students: ‘This shows that everyone is now becoming more international, it’s not just SOG.’

But Degenhart says that Lijst Calimero has been involved in many other policies as well. ‘The international classroom project is a University wide project started by the board of the university, and there is a steering group in which both Loes and Taku have an equal role’, she says. ‘The MOOC introduction to Dutch is also university wide and set up by the university, and it was our idea to offer it at the start of every semester.’

The SOG representatives feel their achievements have made a significant impact on the lives of students at the RUG, but what do the international students themselves think?

Many of the international students approached for comment did not know what the University Council is, and those that did know were still unsure of exact policies and achievements to have resulted from the Council representatives’ campaigning.

Iskra Georgieva, a Bulgarian International and European Law student, did highlight one aspect of Crisan’s campaign that she believed to be significant. ‘One of the improvements done is the fact that Dutch lessons, first level, are free of charge now for the first-year students’, she says. Georgieva says this is absolutely a good achievement for international students.

‘I didn’t even know there was a University Council.’


British American Studies student, Jacob Buick, however, couldn’t answer any questions about the Council because he says he does not know anything about it. ‘I didn’t even know there was a University Council’, he says.

Asked whether she believes her views are accurately represented in the Council, Georgieva says: ‘I have not been much involved in the matters related to SOG.’

‘I really believe that SOG differentiates itself from the other parties just in the way it places its internationals’, says Crisan.

But Mutezo says that internationals are not in the Council to address international issues only, but also offer an international perspective to issues applicable to Dutch students.

‘It would bring greater inspiration to the discussion if you had more internationals’, he says. ‘It’s not so much nationality but different backgrounds that are maybe even more valuable.’ Rector Sterken says that the University Council needs more diversity in general, and that diversity in general leads to higher quality in discussions and education.

He expressed a desire to stimulate Calimero in putting forward an international candidate in the upcoming elections. They announced their candidate list this week, which included two internationals.