The struggle for space and ownership

A common sight in Russia at the entrance of a building is a guard (охрана) sitting behind his desk or standing at the door. His occupation is operating the security gates, checking your documents or simply being there while doing nothing in particular. It is, as professor A. Medvedev says, ‘one of the archetypes of the Russian obsession with space.’
By Lisse van Vliet

Medvedev, a professor of Political Science and Sociology, lived in several European countries and the U.S. before returning to his birthplace in 2004 to lecture at the Higher School of Economics in Moscow. ‘The years of private property abolition in the USSR and the Soviet political climate have ingrained a paranoid view on personal space in the Russian people and government’, he argues in one of his lectures. The upper class building large walls around their estates, having to go through three doors before entering an apartment, and the semi-transparent curtains in front of many windows are exemplary of the people’s fixation with personal space.

In answer to my question of whether he witnessed the same mentality in the post-communist country of the Czech Republic, he replied that the population there has a completely different ontological position. ‘The Czechs had a long European history before their communist experience and are much more caring. Countries such as the U.K. and Lithuania would show even more similarities with Russia.’ Although the younger generation seems to be slowly overcoming this paranoia, Medvedev ascribes open social initiatives to a very thin layer of the population, concentrated only in a few large cities.

‘Government tactics seem to be targeted repression to set an example’
The Russian government has an identical view on managing public space, since there is no trust in the voluntary responsible use of public goods by the people. It is perhaps no surprise then that at every event, an enormous police force is mobilized. Grass in the Muscovite parks is mostly surrounded by fences and although the Red Square seems to foreigners a free public square, the Kremlin always keeps a close watch. As proof of this, two German travelers were detained last month after launching a drone to film the government premises.

However, similar events have happened in the U.S. and China, which could signify a general 21st century paranoia for security. The exception to the rule is the famous Gorky Park, where people sit freely on the grass and many social events take place. According to the professor, this is an artificial place: a western-style experiment of a dynamic and open space. Together with the recent organized marathon, an event previously unheard of in Moscow, this park signals some change.

With recent legislation passed in the state Duma lowering the legal ceiling for foreign ownership of Russian media outlets to 20 per cent, the playing field for non-Russians has shrunk. Medvedev himself is affected by this new legislation, since the Russian edition of Forbes he writes for has switched to a Russian owner. Publisher Aleksandr Fedotov, unsurprisingly to some, recently announced that the new focus of Forbes will be on economics instead of politics. ‘This legislation will diminish open discussions, but it really concerns just a small amount of readers’, the professor claims.

Government tactics seem to be targeted repression to set an example, while constantly using the law to restrain unfavorable actors. Pavel Durov (the founder of the Russian Facebook ‘Vkontakte’) was fired from his own company after refusing to cooperate with the government and fled the country. A recent law requiring foreign firms to store Russian users’ personal data on servers located in Russia is seen in the West as another clamp down on online privacy. Finally, there are the endless rumors about the role of the FSB (secret service) and the different stories spread by Russian state television, which blur, bend and diversify the truth.

Asking Medvedev about his prospects on the future, he agrees with Derk Sauers, Dutch founder of the Moscow Times, that things can change relatively quickly and that in Russia, ‘nothing is forever’. ‘Many measures and laws are mitigated by the bad implementation of the bureaucracy, if they are implemented at all after the initial shock effect had run its course’, he concludes. 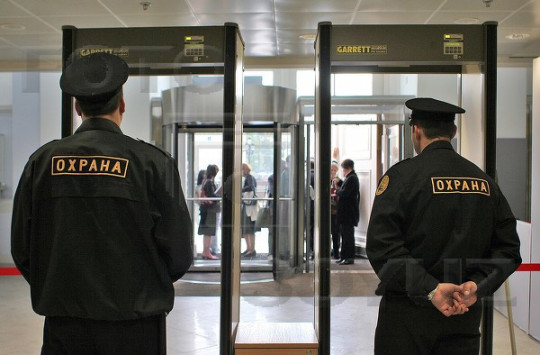