‘A friend grabbed my behind and said: ‘You should really start doing squats.’ In other words, my butt was too flat. My first thought was: Challenge accepted.’ That was the moment that Marlinde Gras started fanatically lifting weights. Next Wednesday, she will be participating in the Strongest Student of Groningen competition.
Text and photos by Beppie van der Sluis / Translation by Sarah van Steenderen

This titanic battle takes place during the annual sporting event Kerst Indoor Sport Spektakel (KISS) at the Aclo. It is organised by student weightlifting association Northside Barbell. A total of 30 contestants will be competing against each other. Five of them are women.

‘When I started lifting weights two years ago, the fitness area at the Aclo was a real boys’ club’, says the criminal law student, who qualified for the European Weightlifting championship last weekend. ‘People were looking at me funny and so I wore concealing clothing to hide my curves. Big baggy pants, you know what I mean.’ 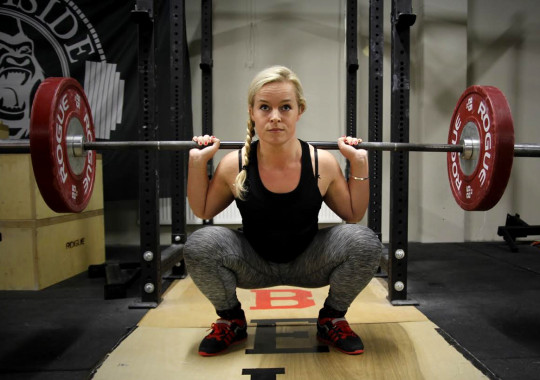 Over time, Gras earned more respect in the gym, and she started training with men. She still gets some remarks now and then. ‘They’ll say: ‘What’s your deal?’ But I get mainly positive reactions, and men think it’s pretty cool how much I can lift’, says Gras. She currently even coaches men at Northside Barbell.

During the competition next Wednesday, both men and women will have a chance at the title of Strongest Student of Groningen. In theory, anyway. ‘There is this one guy, Ruben. He wins every year. He is quite simply the strongest and he can lift the most. No one can beat him’, says Gras.

‘‘I wore concealing clothing to hide my curves’
The guys training next to her confirm this. One of them is Nick Feddema, a human movement sciences student. He will also be participating in the competition on Wednesday. ‘Because we already know who’s going to win, it’s more of a meeting than a competition. It’s mainly about personal record setting and making it a good competition’, says Feddema. The strongest person is determined by the so-called Wilks score. This calculation takes into account a person’s gender, weight, and the amount of kilos lifted. ‘Because it’s a relative score, it’s likely that Marlinde will beat me’, Feddema says, laughing.

Feddema definitely does not think that weightlifting is just for men. ‘I don’t think it’s weird that women lift weights. Strength isn’t just for men.’ Martje Logemann, another female contestant, agrees. ‘When I tell people I lift weights, they sometimes think it will turn me into a masculine woman. But it actually makes me feel very feminine. It gives me a nice figure, and a great butt’, says the international business and languages student. ‘If that’s not feminine, then I don’t know what is.’

A tight figure like that does take a lot of work. ‘Preparing for a competition is serious business’, says Grass. She trains five times a week. ‘In the beginning, you slowly build up to a heavy weight. A week before the competition you lift less heavy weights and try to purge all the fatigue from your body. In that week I usually visit a physical therapist to have everything straightened out and loosen up my muscles.’ As far as food is concerned: a can of spinach is not enough. In this, too, she keeps a tight schedule. ‘I eat a lot of eggs, quark, chicken, fish, meat, and vegetables. I avoid everything that contains grains, such as rice and bread.’

Gras thinks she has a good chance. ‘I’ll probably win in the women’s category. In the overall classification, I have a chance at second place.’ She certainly will not be having a beer to celebrate a victory. ‘There’s no place for alcohol in my diet. If I have even one glass of wine, I’ll probably fall over immediately.’ 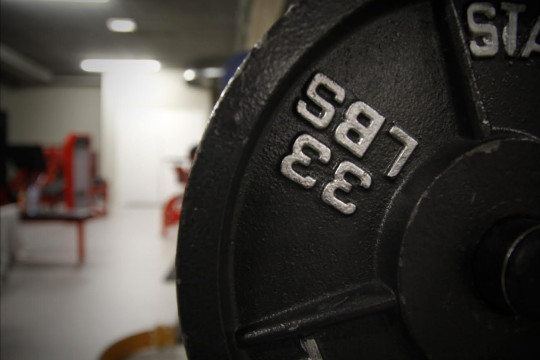