A long parade of sharp dressed ladies and gentlemen enters Club Kokomo. The gowns and suits are a far cry from their typical sportswear. Each sports club scatters throughout the room to take their positions. The tall basketball players of the Groene Uilen (Green Owls) team are having a beer on the balcony, while the Tjas skaters preferred the dance floor.

‘It’s difficult to compare one sport to another’
In addition to the award presentations, ACLO’s Sport gala 2016 is all about the society’s 70th birthday. ‘All our events have something extra special this year’, says a proud Arjan Feenstra, internal coordinator for the executive committee. ‘For one, we moved here from Huize Maas, and we will be showing an aftermovie. Around the time of the Lauwersloop, we’ll be having our main event. I can’t give too much away, but it is going to be spectacular!’

Over the past few months, the 49 clubs associated with ACLO were able to nominate their athletes for awards in the categories ‘Sportsman/woman’, ‘Team’, and ‘Coach’. After that, it was up to a jury of five to select the most deserving nominees, based on their performances. ‘It’s difficult to compare one sport to another. We looked at how special a performance was, among other things’, says Feenstra, who is also on the jury. 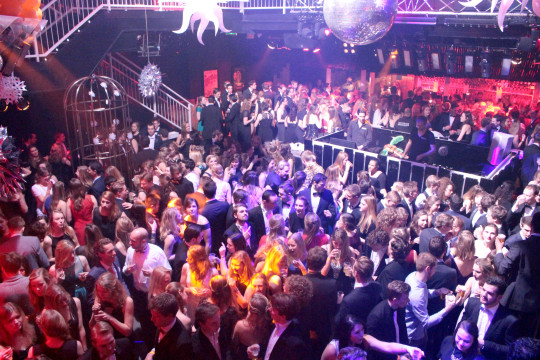 The ACLO members got the chance to vote for their favourite as well. For this, the organisation keep the ratio of athletes to coaches in mind to ensure that the awards wouldn’t all go to the larger clubs. Now, the countdown can start. Tension fills the room as all of its 700 occupants look toward the stage at a quarter to twelve. Reinier Sombeek, president of the executive committee, speaks.

No one seems to care that his speech is largely inaudible due to the bad acoustics. From the intermittent cheers throughout the room, it is clear that the names of the nominees are being called out. And whenever there is a roar of sound, it means that a winner has been crowned. Coach Hans Nieboer, the Gyas rower’s pair Just van der Endt and Vincent de Vegt, and Tjas member Daan Besteman all receive flowers and a cheque for 200 euros.

Van der Endt and De Vegt are unable to come pick up their awards themselves. The UK has met the pair before: they won the Dutch championship in the lightweight coxless two, as well as at the World Championship under 23 in Plovdiv, Bulgaria.

But Nieboer and Besteman are there. The winners are bombarded by a storm of congratulations. In 2014 and 2015, Nieboer led the Groene Uilen to a second championship. ‘My part was just to keep the group together, and to make sure they were in shape. Moreover, we were reinforced by Mark-Peter Hof and Yannick van der Ark.’

‘Tonight I’m definitely having a beer’
This season hasn’t been going quite so well. ‘Eight guys left, and a lot of new guys joined. The old guard is left to carry the load. And yet we’re doing pretty well; we’re only six points behind a spot in the semifinals of the play-offs. We have to build up to next year. I’m talking to the guys who left last year. Van der Ark quit, for example, which is a real shame. In my opinion, he is the biggest talent the Netherlands has.’

Mathematics student Besteman is crowned Sportsman of the Year. Over the past few years, his performance in marathon skating has improved by leaps and bounds. In the 2014 and 2015 season, the 22-year-old ranked third in B category, and this season, he joined the greats Jorrit Bergsma and Frank Vreugdenhil. ‘During that last race two weeks ago, I was in the lead group in Assen and then suddenly, I was in fifth place. That was my best marathon performance so far.’

In the future, long-distance skating beckons. ‘That’s where I started originally. I also won the Dutch Student Championship All-Around last year’, Besteman laughs. Last Saturday was his last marathon competition. ‘I’ve accomplished my main goal. I’m going to be doing some long-distance competitions, though. But tonight, I’m definitely having a beer!’ 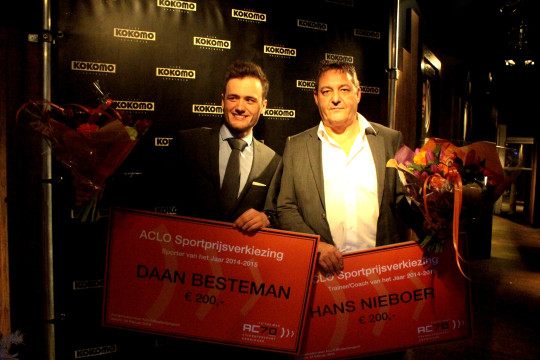