Next phase of internationalization

We’ve heard a lot about Learning Communities, but there’s another up-and-coming project at the RUG called the International Classroom. What is it, exactly?
By Traci White

For Garima Raghuvanshy, the International Classroom was unmistakable: ‘Everyone in the lecture was white. International here means that there are a lot of Europeans, but there are not too many Asians or Americans. So for me it was a little bit like, “Okay, I am going to be the new Indian kid that no one talks to…”’.

That was her memory of first arriving in Groningen as she describes it in the booklet, ‘Studying in the International Classroom’. As Garima goes on to explain, her fears were unsubstantiated. The 22-year-old is doing the Research Master in Religion and Culture in the Faculty of Theology and Religious Studies.

She realized that her lecturers greatly appreciated her non-Western point-of-view, often being called upon to share her thoughts on similarities and differences with her own religious background having grown up in India.

That deliberate pursuit of alternative perspectives through group work is central to the International Classroom project. As the name suggests, it’s best suited to academic programmes that have linguistically, culturally and even educationally diverse student bodies, such as medicine and business.

Two pilots were begun in April 2013 – one in the International Medicine bachelor and another in the Environmental Infrastructure and Planning master – and a third in a pair of bachelor programmes in the Faculty of Math and Natural Science in 2014. The pilots have helped to create a framework for the International Classroom, which will be implemented gradually across the university.

Another student who took part in one of the international programmes is Efthymis Panourgias. He’s back home in Greece now, but the 35-year-old student, who is completing the research master in philosophy, was studying in Groningen last year. 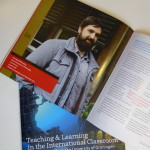 He felt that the faculty put a lot of effort into making him feel at home. ‘They provided a contact person for help with bureaucratic matters, like getting registered at city hall and handling health insurance.’ That process takes place firmly outside the classroom, but can make a big difference in how accepted a student feels.

Nuria Spijker has also already left the RUG, but the 25-year-old master’s student from Kenya was in an International Classroom here, too. While pursuing her degree in Environmental and Infrastructure Planning, she felt that the approach could still use some work. ‘They’re trying, but there’s nothing wrong with trying harder.’ 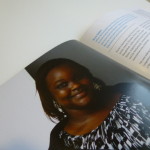 She praises a Comparative Research and Planning Practice course for having students write about how planning works in their own countries, but felt that few other courses in her master’s programme used case studies that went beyond the boundaries of the EU.

Self-segregation also occurred, even in a classroom trying so explicitly to be integrated. ‘In one course, half of the students were Indonesian, so they just gravitated toward each other. Since they could all speak the same language, they naturally chose to do group work together.’ Eventually, her professor said that a group project cannot consist only of people who are from the same country.

International Classroom project coordinator Franka Van Den Hende says that dealing effectively with diversity and communicating expectations clearly in the IC is crucial, and that is something that sets the project apart.

‘You have to be specific in assignments about why it’s important to work with a Chinese student when you may want to work with a student with a more similar background’, she explains. For example, when discussing political science theories, a Dutch student may be persuaded to look at an issue differently if their Chinese classmate can explain how he or she sees it from their perspective – or vice versa.

That was what Willemijn Jonkheer was hoping for in her IRIO classes. ‘International relations is barely even taught in China’, she says, ‘and all of the theories are from western philosophers and economists.’ The 21-year-old Dutch student, who is now doing the international economics pre-master, says that although her classes looked at examples from other countries, it was still through a western perspective by default.

As for professors, they see both pros and cons in the project. The IC implores lecturers to actively seek out contrary points-of-view in their classes, but one of the biggest challenges is the varying participation levels of students. Some cultures instil a strong sense of reverence for their professors in their students, so much so that they are unwilling to knock on their door during office hours or address them by their first name. In a Dutch classroom where hierarchy is limited, that can make lively classroom discussions harder to achieve.

The International Classroom isn’t the only up-and-coming educational approach at the RUG. Learning Communities have been the topic of much discussion since their first pilots began in September 2013 in Groningen. Eventually, the framework is meant to be implemented in every faculty of the University.

In the International Bachelor of Medicine Groningen pilot, Renée Bakker recognizes the challenge of getting students to speak up. ‘Even in primary school here, we teach students to give oral presentations and give their opinion, but if a non-Dutch student is coming from a country where they have never been asked to do that because their society does not value individual opinions, then they need to have time to practice that skill before we can assess them properly.’

In her lecture, students become experts about a different country’s medical system. If a student chooses South Korea, he or she has to find out about health care practices in fields ranging from psychiatry to gynaecology in that country. Then, that student should be able to compare them to other nations in the region as well as the Netherlands, since that is the country where that medical student will most likely be doing their rotations.

The International Classroom is about more than being able to look out at the students and see a classroom full of people from different countries. Students and professors are both exhorted to push beyond the ideas with which they are familiar in order to try to learn more from each other.