In early May, several staff members of the RUG initiated the collective movement ReThink RUG. What does this group hope to achieve?
By Valia Papadopoulou

The ReThink RUG movement was officially born with the publication of an open letter on 8 May. Named after the protest movement at the University of Amsterdam that captivated the attention of many beyond the academic world, they aim to achieve changes within the university. Their main concerns are the heavy workloads employees face and the many subsequent levels of bureaucracy.

‘We’ve all reached our threshold’, says Kristin McGee, associate professor of Popular Music at the RUG. ‘We all have to face increased requirements every year and eventually, we came to the point of not wanting to do it anymore.’


‘I think it is a big problem if universities don’t have the ability to determine their own agenda on what they want to research and especially if this is decided due to economic reasons’, says Thijs Lijster, coordinator of the research center Arts in Society and assistant professor of Philosophy of Arts. ‘Research is not a commodity that you can buy in order to make a profit. If you turn research and education into commodities, you will eventually pay the price, not just as a university, but also as society. Students aren’t products, either. You do not have to deliver them as quickly and efficiently as possible.’

In addition, the occupation at the University of Amsterdam, which started on 13 February – known as Maagdenhuis Occupation – sparked a debate among the academic society of the RUG about reforms. This eventually resulted in the formation of ReThink RUG. 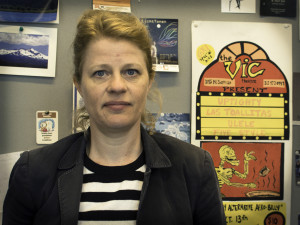 Kristin McGee: ‘In this climate, I have to act like a business person and continually brand myself.’

‘ReThink’s goal is to give voice to some concerns that we think many of the RUG’s staff have, about the way they are teaching and doing research’, Lijster explains. ‘It’s not a question about economic reforms per se, but about the fact that many academics feel that someone is always controlling them and that they constantly need to legitimise their work. They feel they are losing their autonomy as researchers.’

‘All this bureaucracy is time-consuming’


‘Many times, I had colleagues come to my office extremely disturbed about their contracts and the way in which they were handled and communicated with’, says McGee. She is also frustrated: the variety of tasks she has to deal with on a daily basis leave little room to prepare for teaching. She and her colleagues are obliged to check and reply to every e-mail they receive, to talk with the students, to read all the evaluations and the statistics regarding their teaching abilities and to stay up-to-date with the implementation of new technology at the university.

‘Many of these are meaningless tasks and it is exactly the opposite of how it should be. In this climate, I have to act like a business person and continually brand myself and raise the necessary funds to get promoted’, McGee adds.

The increased workload due to growing numbers of students, additional tasks and paper work are the main reasons why people are fed up with the situation, according to Lijster. ‘It’s a bit like the frog that you can cook without it leaping out of the water if you just gradually increase the temperature. But now, people won’t do it anymore, and they want things to change. It is also true that people are concerned that the university is losing its autonomy and therefore its ability to critically reflect on our culture and society.’

Staff members have been complaining about all of the above during plenty of meetings, as Lijster explains. However, they never had the opportunity to make their problems known to the public. ‘The Maagdenhuis Occupation gave us the opportunity to speak up, define the problems and get them out in the open’, says Lijster. 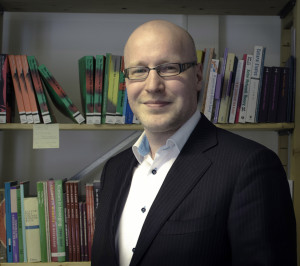 Thijs Lijster: ‘Research is not a commodity that you can buy in order to make a profit.’

ReThink RUG’s next step was to write an open letter to the Board of Directors of the University in order to start a conversation about reforms. Initially, 51 academics signed the letter, but this number is still increasing: as of today, there are 170 signatures.

‘They feel they are losing their autonomy as researchers’


‘I’ve signed the letter because I agreed with the contents and I feel it is important that this message is not only put forward by the ‘official staff channels’, such as the University Council, but also from bottom-up movements’, says Casper Albers, an associate professor in Statistics. ‘Things will only change if there’s a strong sign from the staff that things need to change.’

The Board replied positively to ReThink’s letter, expressing its willingness to meet with ReThink RUG and discuss all the problems. This was a step in the right direction for Lijster, who consequently believes that occupying any buildings will not be necessary.

The first meeting between ReThink members and the Board of Directors so far took place last week. ‘The board was listening carefully. They also filled us in with additional details that we weren’t familiar with, about some hitches that are beyond their power to change since they are under the Dutch law’, says Albers.

ReThink’s members are aware of the fact that structural changes need time: Albers says the group expects to have a more concrete meeting with the Board of Directors in six months’ time. ‘They were familiar with the problems for years. Maybe changes will take less time if they think about them over the summer and come with solutions by the start of the next academic year’, Albers explains. 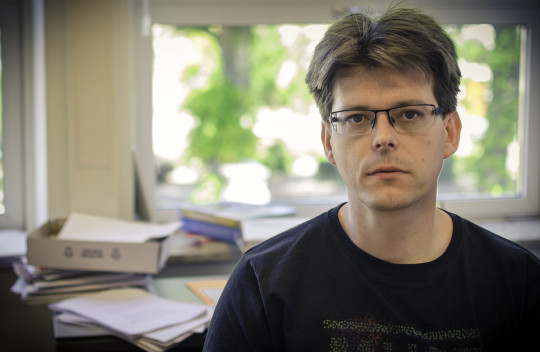 Casper Albers: ‘Time spent on filling in forms is time that can’t be spent on the real teaching.’

As a result of the meeting, ReThink’s next step is to set up a few voluntary committees to meet periodically and focus on specific tasks, such as creating a list of every single bureaucratic issue that staff members face and focusing on what changes could be made within instruction.

‘I do believe this system of the committees will work since it is bottom-up. It provides added value as it’s initiated from the staff and not from the people who are controlling the university’, says Albers.

‘Everyone needs to think about participating. Right now, we might look like complainers, but it’s not like that. There are a lot of collective problems that need to be addressed’, says McGee.

Besides the committees, ReThink RUG’s members are considering meeting with ReThink movements from other Dutch universities in order to remain focused, to discuss what is happening and what needs to be changed.


Apart from ReThink RUG, there is another movement at the university that was started by students whose goal is also to achieve reform: De Nieuwe Universiteit (English: The New University). The two movements are not completely separate. ‘We share a lot of concerns. The problems that refer to the staff members also affect students’, says Lijster.

Still, Albers feels that the groups are different enough to pursue their goals separately. ‘It might be a good idea to talk with the students’ movement. We are both asking for reforms, so we have plenty of common ground. But I don’t think we should become one movement since we also have differences. ReThink is trying to change staff’s specific issues’, Albers explains.

‘All this bureaucracy is time-consuming. Time spent on filling in forms is time that can’t be spent on the real teaching. Furthermore, increased workload and bureaucracy lead to frustrated teachers, and they will be less inclined to teach passionately’, adds Albers.