Doing the right thing. In science.

The interactive film, The Integrity Factor, is almost ready to be released. It shows how small changes can endanger your honesty.
By Traci White

Els Maeckelberghe, lecturer of ethics at the UMCG,  is passionate about science, and doing it right. ‘I sound idealistic, I know, but science is what keeps us going – the curiosity for how the world is built and how things come to exist – and if we want to explore that, we have to do it in a good way.’

That means methodologically and ethically good, and that is how The Integrity Factor was born. The film focuses on a PhD student at the beginning of her doctoral research and uses a choose-your-own-adventure structure. The audience decides how to respond to realistic scenarios where there is potential for misconduct.

‘Researchers are just like normal people: they are honest, but every now and then, there are small choices they need to make that could endanger their honesty’, Maeckelberghe, an ethics lecturer at UMCG, says.

Maeckelberghe is the producer of the new English-language film, and Guido Kamp is the executive producer. The film is based on an American project called The Lab. Maeckelberghe and Kamp both say that the original film was a good tool for teaching ethics, but too polarizing about right and wrong. 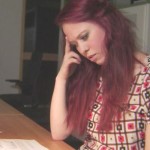 Still from ‘The integrity factor’

‘You can make a distinction between sloppy science – the mistakes that everyone can make because they’re human – and fraud’, Maeckelberghe says. ‘When you start thinking, ‘we have this statistical analysis, but if we leave out a little bit of our data, we get better results’, then it becomes that gray area.’

While a less black-or-white view is taken in The Integrity Factor, the film does tell researchers where to turn if they are convinced something is wrong. UMCG has two confidential advisors who are featured in the film, and they are available to students to resolve ‘potentially compromising situations’, according to the UMCG Research Code. 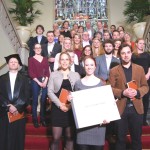 That includes conflict of interests. Although the film was in production before the recent case involving two UMCG dentistry professors, a falsification scandal in 2011, that rocked the Dutch academic world, was part of Maeckelberghe and Kamp’s motivation to make a more realistic film.

Kamp, who has a master’s degree in the philosophy of life science and technology, was Maeckelberghe’s intern in 2011 when the University of Tilburg’s dean of psychology, Diederik Stapel, was unmasked as having made up many of his databases.

Consequently, since September 2013, scientific integrity classes are mandatory for bachelor, master and PhD students at the RUG, Maeckelberghe says. Soon, teachers will have a new tool for teaching their students how to avoid fraud. ‘Everyone says, ‘Oh, it’s not going to happen to me, I can’t imagine.’ But when you see the situations in the movie, then you can see more easily how it can happen’, Kamp says.

‘The Integrity Factor’ premieres at ‘Risky Business – the various shades of grey in scientific integrity’, a UMCG symposium on 26 June. The film will be available online at www.integrityfactor.nl.

Suicide bomber is no loser